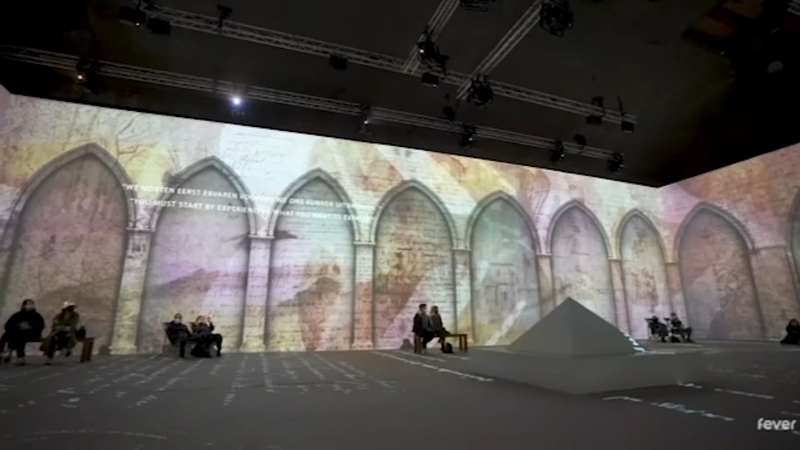 The exhibit is called 'Van Gogh: The Immersive Experience,' and tickets have been sold for the event since December.

As time went on, Little says she got no updates on where the art exhibit would be in Raleigh. The only communication from the organizers of the show was an email about the show being delayed.

"It had been postponed to a later date, but there was no later date. It was just extremely disappointing, the way that they handled it," Little said.

Little is not alone, we heard from other ABC11 viewers in the same situation. One ticket holder, drove two hours to Raleigh on April 1 with her tickets in hand ready to see the show, not knowing it was postponed.

Those who bought tickets months ago for the shows April 1-3 and April 8-10 wanted a refund as opposed to a voucher for a later show. Little reached out to the organizer (Fever) saying, "I want a refund, and he said, well, we don't give refunds, but he would put a request in."

Troubleshooter Diane Wilson reached out to Fever which finally revealed the venue for 'Van Gogh: The Immersive Experience' which according to the ticket website will be at 6240 Glenwood Avenue. That address is an empty storefront near the Pleasant Valley Promenade shopping center in Raleigh off Glenwood Avenue.

"Unfortunately we did have to postpone our opening due to unforeseen delays in production. All ticket holders who were affected by this were contacted by email and sent instructions on how to use exchange vouchers through the app. Our Customer Support team are (sic) also available 24/7 to assist customers should they have questions on this process. If an alternative date can't be found, then refunds can also be discussed with this team," a Fever representative said.

Little and other ABC11 viewers who did not want a voucher for a future show say they were promised refunds.

"Apparently there's a refund on the way, and I am still going to go now that I know that there is actually a location that's verifiable. I don't want to miss it it's going to be amazing," Little said.