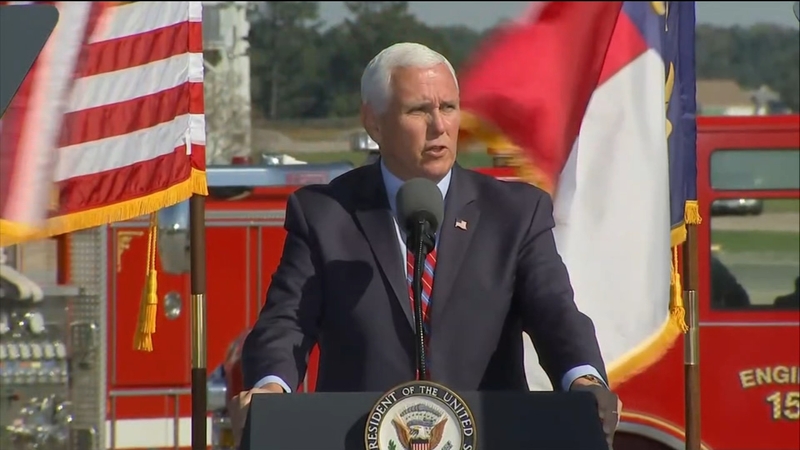 Pence's visit precedes President Trump's rescheduled visit to Fayetteville on Monday after his initial Thursday visit was canceled because of a wind advisory.

Sen. Kamala Harris, the Democratic candidate for vice president, will be in North Carolina Sunday. Harris will make visits to Goldsboro and Fayetteville.

On Wednesday, Gov. Roy Cooper indirectly blasted President Donald Trump's campaign for holding several large rallies in the state leading up to Election Day suggesting that they are contributing to the recent spike in COVID-19 cases across the state.

North Carolina health officials said in a statement that two people tested positive for COVID-19 after attending a campaign rally for President Trump in Gastonia.