RTP waitress: Boss harassed, bullied her even after she quit 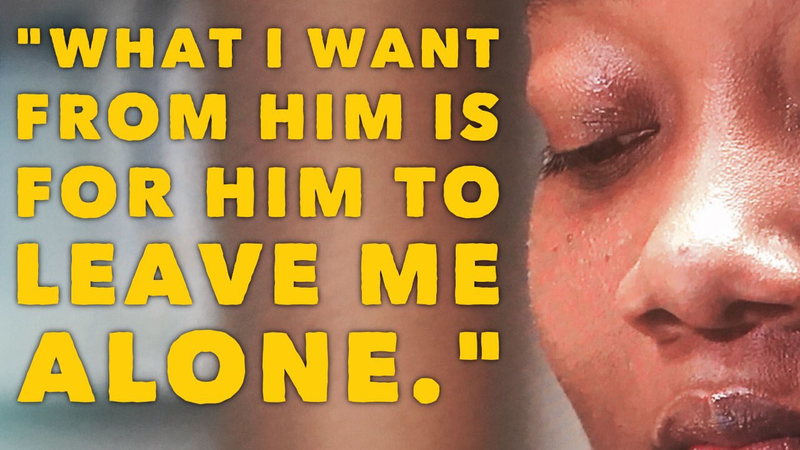 Protect yourself from harassment, bullying at work

That negative treatment continued even after she quit the job.

"What I want from him is for him to leave me alone," Terryca Taylor said.

Taylor quit her job as a server at Serena Sicilian Gastro Pub in RTP one week ago, but she said Wednesday the nightmare continues.

NEW AT 11: This Durham waitress is accusing her boss of harassment and bullying. How she fought back... how to protect yourself. #abc11 pic.twitter.com/fUmjohu0CH

She filed for a restraining order against her former boss, Serena's owner, Giuseppe Cataldo, who Taylor says singled her out at work because of her race and gender.

"As I stayed there, it just kept getting worse and worse," she said.

Immediately following her departure, Taylor says the calls from her old boss were constant - complete with "bullying" voicemails.

In one of the voicemails from Cataldo that Taylor played back for ABC11 he said: "Again, it's not your fault your face looks like a bug."

She also received a steady stream of text messages from Cataldo. Some of them packed with crude insults and pictures.

"It's a buzzard with a black face and the red lips from back in the day," Taylor said describing one of the pictures sent from Cataldo's phone. "I was like, can you please stop sending me racial slurs? Then he proceeded to say, 'Oh it's not racist', he just doesn't like me and he proceeded to talk about my body build and my height and my weight and my face."

On three occasions ABC11 has spoken to Cataldo by phone. Each time, he's declined to answer the allegations on the record but strongly denied any of his behavior was driven by race or sexism.

HOW TO PROTECT YOURSELF

Longtime Raleigh discrimination attorney Heydt Philbeck detailed what any worker should do if they find themselves in a similar situation.

"First and foremost is to preserve the evidence," Philbeck said.

Philbeck said not all businesses have an EEO policy, but should.

"Then you just got to take the courage in making the (discrimination claim)," he said. "Because if you don't, it's unlikely to stop."

TAYLOR IS FIGHTING BACK