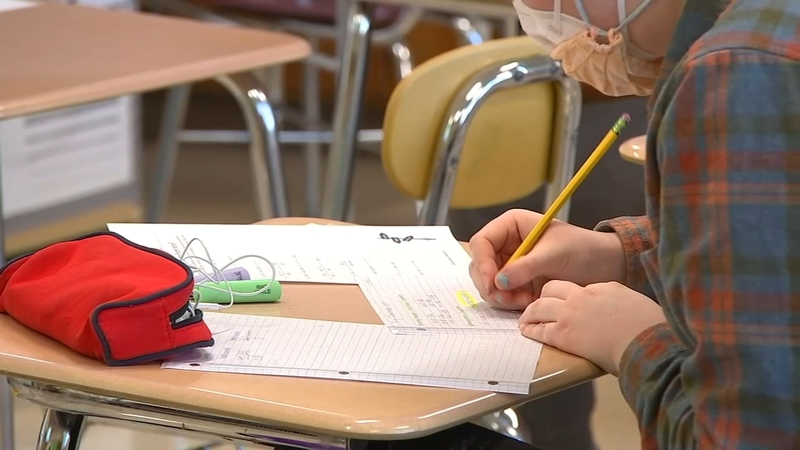 RALEIGH, N.C. (WTVD) -- On the eve of Wake County Public School System's decision day for parents, Capricia Smith was watching her 5th grader practice with her Raleigh step team. And, she's had a big change of heart on whether to keep her kids in virtual learning for the rest of the school year.

"They will not go back this year," Smith told ABC 11 back in October.

Nearly six months later as the COVID-19 vaccine has become more readily available along with WCPSS assurances of health and safety precautions, Smith is sending her daughters back to in-person learning.

"My decision has changed," she said. "I'm sending them back."

Tomorrow is the April 1 deadline for #WCPSS parents to decide whether to leave or join the Virtual Academy program. We’re talking to parents staying with remote learning and others who’ve had a change of heart since earlier in the pandemic.
TONIGHT AT 11 #abc11 pic.twitter.com/CJeu1evgUw

After early-on success with their neighborhood's remote learning pod, Smith says online fatigue is creeping in with her 5th and 2nd grader. It's becoming harder for them to focus. Smith says the decision to send them back full-time, in-person wasn't easy. But, it's the right one.

"It was a struggle because you don't know what to expect. But, overall there are big milestones coming up, so I think I made the best decision."

Thursday is deadline day for Wake families at every grade level to decide whether to leave or join the district's Virtual Academy program. For the first time since the pandemic struck a year ago, all Wake schools will offer the option of daily in-person learning.

"Both my girls are going to stay virtual," Guri Burmi told ABC 11 from his home in Morrisville.

Burmi's full house is staying full. He and his wife are both working from home. And now their 16 and 14-year-old daughters told them, they want to remain in Virtual Academy. Burmi says their grades haven't suffered under remote learning. He believes being a little older may have helped his daughters cope.

"My wife and I were confused and were debating. So we did go back and forth. And, for us, the big concern is they're in front of a TV screen all day long and we want to limit their screen time," he said. "But the girls were pretty much decided."