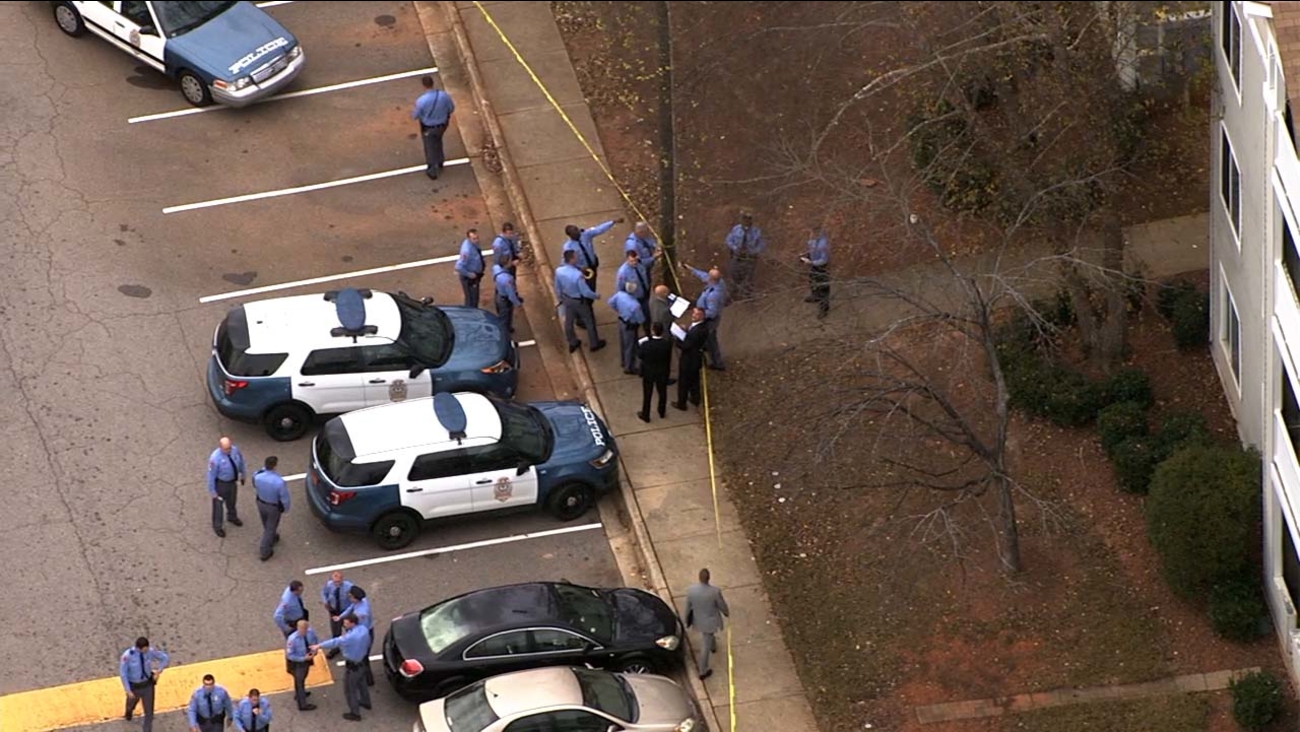 There was a huge police presence at the scene.

RALEIGH (WTVD) -- The Wake County District Attorney's Office said no criminal charges will be filed against the officers involved in a police shooting last November.

When they got there, they were told 28-year-old Chijioke Kennedy Madueke had been evicted from an apartment, but had returned, broken in, and remained inside.

Police say Madueke charged at an officer with a knife in his hand.

Police say the officers drew their weapons in self-defense and pulled the trigger.

Officer C.N. Chandler was accidentally shot and was rushed to the hospital. He has since recovered. Madueke was also hurt; he was shot in the leg, arm, and torso.

Thursday, the Wake D.A. confirmed the officers involved in the shooting did not use excessive force and no charges will be filed against them. Officials reached that conclusion based on witness and officer statements, Madueke's statements, crime scene reports, and photos of physical evidence present at the scene.