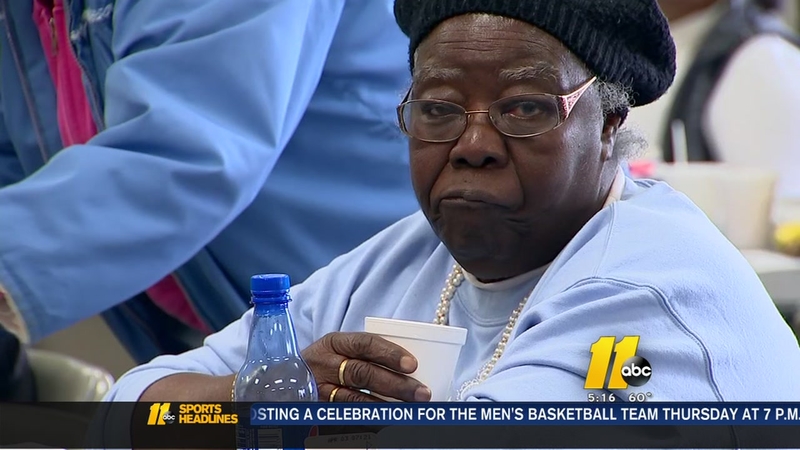 WAKE COUNTY, North Carolina (WTVD) -- Wake County senior Fred Morris Jr. spends each weekday at the Garner Senior Center with over 75 of his friends playing games, listening to music, singing songs, and enjoying lunch before leaving for the day. Morris and other senior citizens around Wake County also take advantage of the Meals on Wheels program.

The Garner Senior Center is one of eight locations across Wake County that operate Meals on Wheels "dining rooms," where approved seniors can come to socialize and eat.

The senior centers, along with Meals on Wheels, are facing funding cuts due to President Donald Trump's recent budget proposal. The slash in funding would total nearly $3 billion dollars from the Community Development Block Grant, established in 1974.

"We started praying that somebody would do something about (the funding cut)," Morris told ABC11. "When you pray, gotta pray right. God will hear your prayer."

Morris has been attending the daily fellowships in Garner for several years now and is unsure how the program will survive if funding is depleted.

"Most of them get up in the morning and the first they eat in Meals on Wheels," Morris said. "We don't know where they get their second meal from. But it's sad to know when they carry that food out and leave, they may not get nothing else to eat all day."

Wake County's Meals on Wheels has been operating since the 70s. Executive Director Alan Winstead heard of the president's proposal after it was introduced last week.

"We need every dollar of that public funding," Winstead said.

Reports say only 3 percent of Meals on Wheels America annual budget is from the federal government. However, in Wake County, government funding is used much more.

"For us that would mean a loss of about $200,000. And that's money we have to make up from the local community," Winstead included. "Or that's money we just cut from our expenses and good is our number one expense. So we would just be able to buy fewer meals to deliver to people."

Winstead sees government funding as a "trickle down" effect. If federal funding decreases, so will the money the state receives, and then fewer dollars for respective counties.

"We get a larger percentage from our budget from the federal government," Winstead said. "For about every dollar in public money that we get, we raise another $2 dollars. So (our budget) is a little bit over 40 percent....federal, state, or county money."

"We try to be good stewards of the money," Winstead continued. "We know we are spending 91 cents of every dollar on program services, so there's not a lot of fluff in our budget."

Wake County senior, Minnie Walker, spends a lot of time during the week enjoying what Meals on Wheels has to offer.

"I can't miss a day," Walker exclaimed. "Why would they want to cut Meals on Wheels when it's some place that the seniors can go," she asked. "We don't have nothing to do. And we just gonna be home getting old."

According to Winstead, Wake County's Meals on Wheels program provides over 330,000 meals to seniors for under $3 million dollars a year.