Traffic up in Triangle, but not back to pre-pandemic levels, NCDOT says 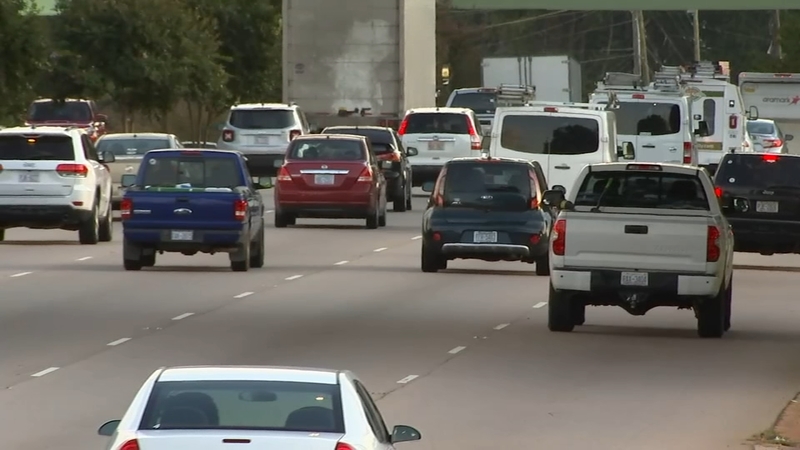 Traffic up in Triangle, but not back to pre-pandemic levels, NCDOT says

RALEIGH, N.C. (WTVD) -- Traffic is slowly creeping back up in the Triangle as more businesses re-open during the COVID-19 pandemic.

The North Carolina Department of Transportation said traffic levels have increased compared to April, around the start of the pandemic, but that they still aren't back to pre-COVID-19 levels.

Traffic is down 20 percent in the Triangle and 10 percent statewide, said Marty Homan, of NCDOT.

"We're seeing, you know, a lot of companies are having employees work from home where they're staggering start and stop times and that sort of thing, and so that's really easing congestion levels," Homan said. "So the main arteries, 40, 440, and 540 are, are getting back to where they were, but they're still not quite where they were before COVID."

It shows that in Wake County:


North Carolina follows similar trends to Wake County, but people are traveling more often on average across the state than in Wake County.

If you're hoping for roads to stay lighter, you might want to think again.

"The area is growing, and I don't think it's going to stop growing just because of COVID," Homan said. "So it may not come back at the base or as quickly as it might have but we're still going to see congestion, and we're planning for that as the area continues to grow."
Report a correction or typo
Related topics:
trafficraleighdurhamcarolina comebackcoronaviruscommutingtrafficdevelopmentcovid 19 pandemic
Copyright © 2022 WTVD-TV. All Rights Reserved.
TOP STORIES
Raleigh City Council votes to ban exotic animals
Highland Park parade mass shooting was planned for weeks; 6 dead
Man struck by lightning near island off North Carolina
Is your home prepared for hurricane season?
Spotted lanternfly sighting confirmed in North Carolina
Wake County continues to scale down COVID-19 testing sites
Fireworks dazzle over Dix Park, downtown Raleigh for Fourth of July
Show More
Highland Park 4th of July parade shooting survivors speak out
Renters struggle to find apartments in hot housing market
Brittney Griner writes letter to Pres. Biden pleading for his help
2 police officers shot during July 4th festivities in Philadelphia
Highland Park parade shooting victims range in age from 8 to 85
More TOP STORIES News