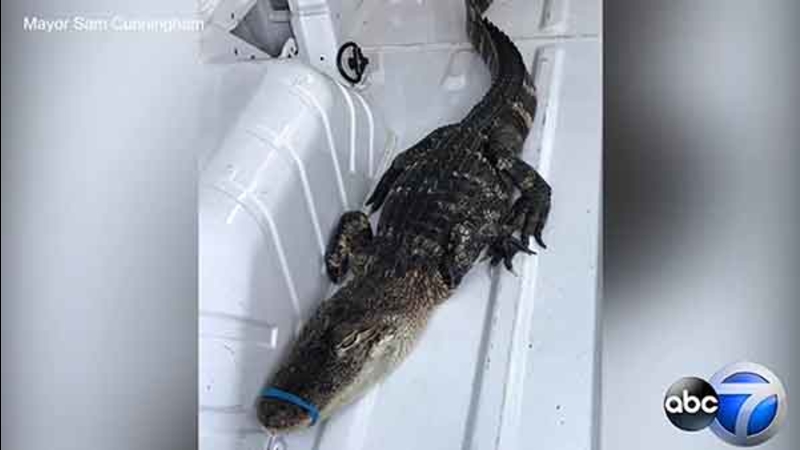 "It's not every day someone reports an alligator in Lake Michigan and the report is true," the city said in a post on its Facebook page.

David Castaneda was kayaking and fishing in the lake when he spotted the gator about four feet from his kayak. The animal had blue tape around its snout, according to an employee at Larsen Marine Service, a full-service marine facility located just north of Waukegan Harbor.

"It was just so weird, something out of the ordinary," he said. "It's not supposed to be here, so it's not--it can't defend itself and it had its mouth closed, so it was going to die if I left it there."

Not wanting to wait for Waukegan Animal Control, Castaneda did what any resourceful angler would do: He caught it.

"So I just changed my lure to one that was more of a bigger hook and threw it over its back and it hooked on to the little scales that were on its back. And I started pulling it slowly towards me so it wouldn't freak out," he said.

October in Chicago is definitely not an alligator's ideal climate, according to Rob Carmichael, a curator at the Wildlife Discovery Center in Lake Forest, where the animal was eventually transported. Swaddling the gator like a baby, Carmichael said the reptile was "still kinda stressed out" over the ordeal but had also won a new lease on life.