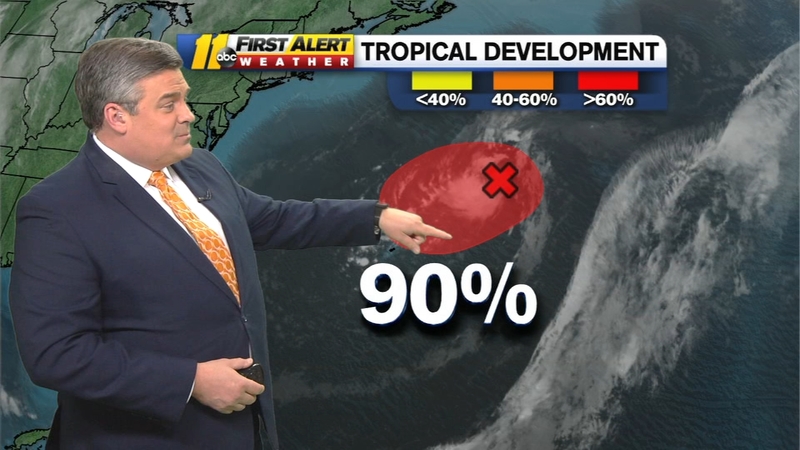 2 storms to watch before hurricane season

Two low pressure systems in the Atlantic storm basin could develop into named storms before the official start of the 2021 Atlantic Hurricane Season.

The first system is located nearly 2,000 miles east of North Carolina. According to the National Weather Service, it has an 90 percent chance to become a subtropical cyclone by Saturday.

If it strengthens enough, it could become Ana and extend the streak of a named storm forming before the official start of hurricane season (June 1) to seven years.

This system will not last long. It should shift back toward the east and northeast--back over more hostile conditions. At that point it would break up. This system does not pose a significant threat to any populated areas.

The other low pressure system developing right now is in the Gulf of Mexico just off the coast of Texas.

This system is expected to move ashore later Friday into Saturday. The National Weather Service said the system is starting to show some circulation, but the storms associated with it remain disorganized.

Still, the system was given an increased 40 percent chance of developing into a named system. Even if it does not become a named storm, it will still bring heavy rainfall to southeastern Texas and southwestern Louisiana over the next few days, and that region has recently been inundated with heavy rainfall.

NOAA is predicting another above-normal Atlantic hurricane season, with forecasters predicting a 60 percent chance of an above-normal season. However, experts do not anticipate the historic level of storm activity seen in 2020.