WTVD
GOLDSBORO, N.C. (WTVD) -- The Neuse River in Goldsboro is receding now, but it exceeded record flood levels by 10 inches according to the city's Emergency Operations Center.

Goldsboro is still expected to be in flood stage into Sunday night, and about 100 people in Goldsboro are living in emergency shelters, Goldsboro EOC said.

Many of them don't know what to do, and are terrified of what they'll do once the emergency aide leaves their town.

"I was in the hospital and I got released a couple of days after the storm, and I actually didn't have anywhere to go," Jeffery Hunter said.

"I've been here for seven days now," Ron Harmon said. "I live down the street on South Jon Street. My house was considered condemned."

"Just think of the things that you had and now you know you have nothing," Vera Harmon said. "We're living out the trunk of our car."

Sheyenne Claygon and her husband have the same problem. She said the home they just moved into four months ago flooded with 30 inches of water. Their new furniture was ruined, their appliances were looted, and she lost her job.

"I'm trying to be positive about the situation, but we don't really know what we're going to do," Claygon said. "We don't have family here, don't have friends here, we don't have a vehicle. You know what I mean? I don't even have shoes on my feet."
Flood waters were responsible for condemning the homes of some like Marquis Hobbs, who still counts himself lucky.

"Thank god the family is OK," Hobbs said. "You know all the stuff can be replaced. As long as the family's OK we'll get through it, but it's tough you know."

While many folks at the shelter are thankful for all the help they're receiving, others are worried about what awaits them next.

"Regardless of how much help we're getting right now, it's like, what are we going to do in the future when everybody packs up and decides its OK?" Claygon questioned. 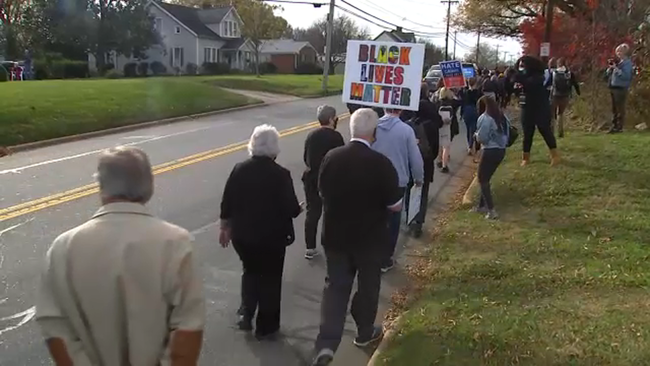