WTVD
By Don Schwenneker
RALEIGH, N.C. (WTVD) -- One of the most frequent questions I'm getting right now about Hurricane Dorian is: "How does it compare to...?"

First of all, every storm is unique and very intricate. Dorian originally was forecast to cross Hispaniola and stay relatively minor. Instead, it turned out over open water and blew up into one of the most powerful hurricanes ever when we look at wind speed.

Secondly, hurricanes always surprise us. This storm was not forecast to come to a dead stop, and yet it did. In my 25+ years of forecasting, it's been extremely rare to see a hurricanes's position listed by the NHC as Stationary. This one was stationary for over 12 hours before it finally started to crawl northward again.

Latest path for Hurricane Dorian, including how it will affect North Carolina 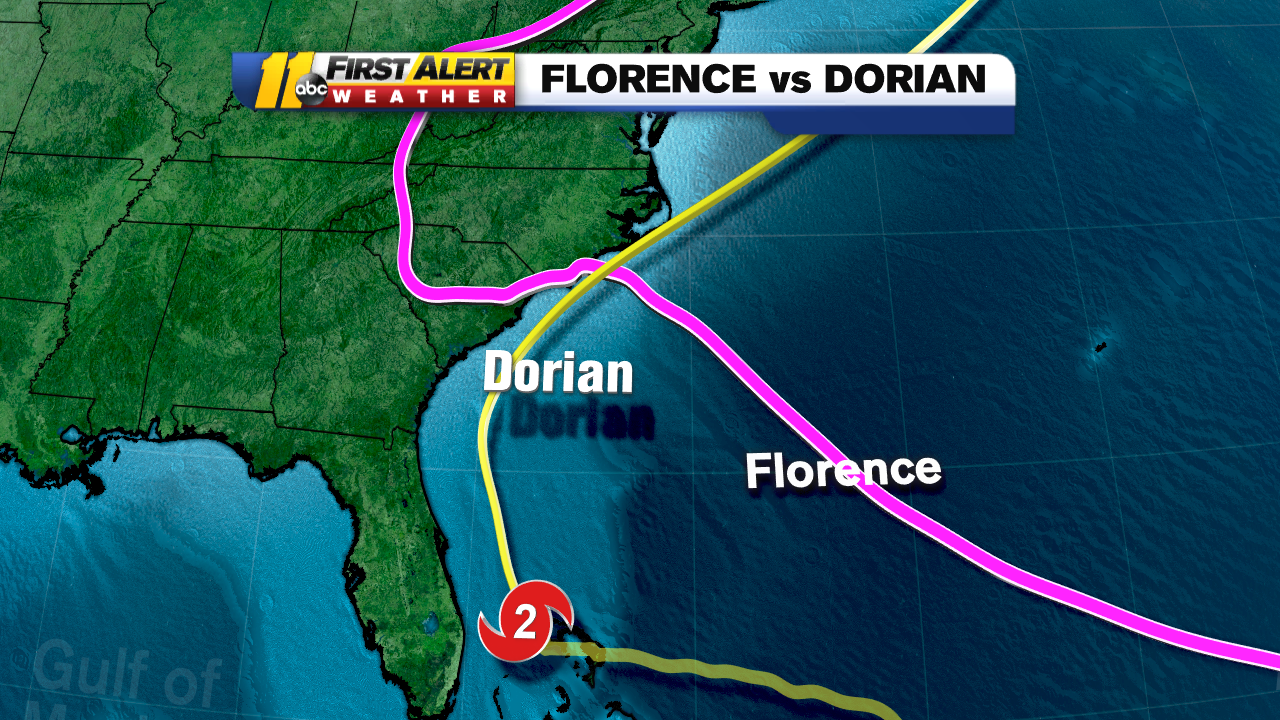 Our Chief Meteorologist, Chris Hohmann, has been here almost 30 years and is like a walking North Carolina encyclopedia when it comes to tropical weather. He wrote, "Dorian will not follow the same path as Florence. Dorian is coming at us from the south. Florence came from the East. This storm will pick up speed and move quickly along, and away from the coast. Florence moved into Wilmington and slowly moved west across South Carolina and us, and its movement took days."

This movement allowed Florence to pour down record amounts of rain, and rivers to swell. Dorian will move much faster. That will not allow it to drop as much water into our river basins. 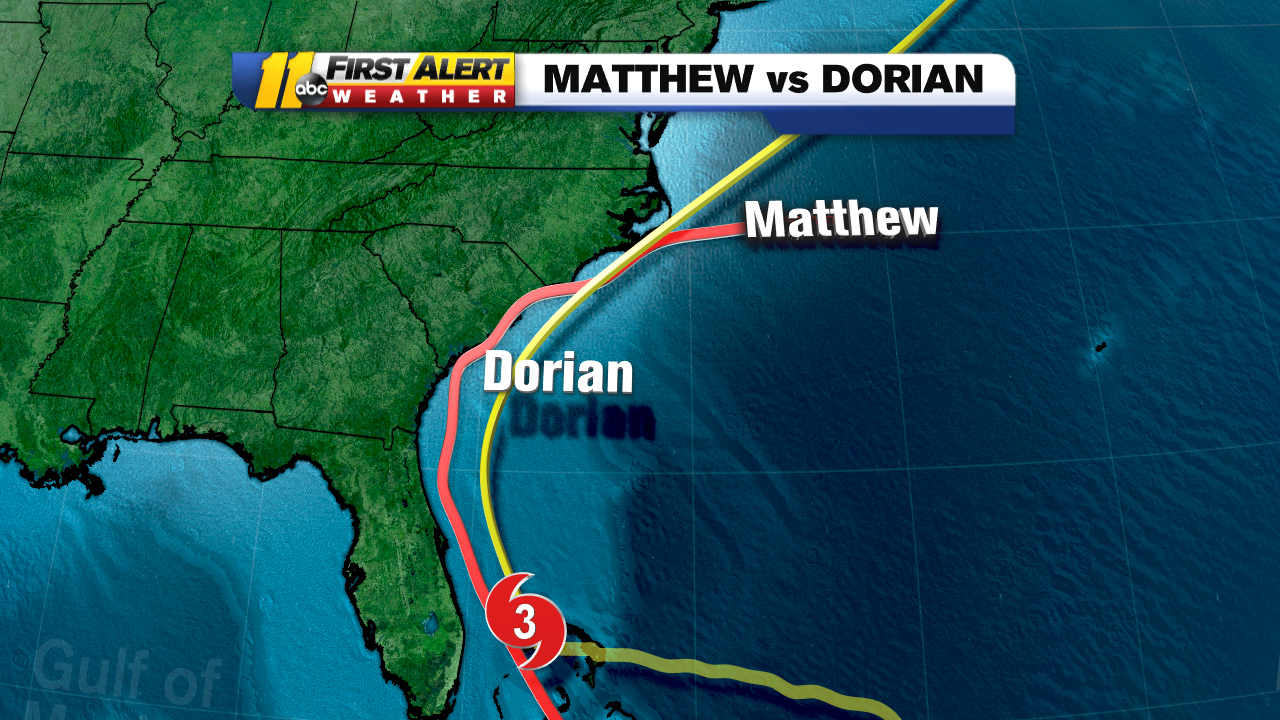 Matthew, like Dorian, was also a Category 5 hurricane. Also like Dorian, it did significant damage to Grand Bahama island. When we look at the path of Matthew, it came from farther south in the Atlantic. However, its path begins to merge with Dorian's right around Grand Bahama.

Past that island, Matthew headed north toward the Carolinas. It hugged the coast of Florida and Georgia, causing storm surges near 10 feet. It also caused power outages in Georgia of 250,000+ customers. It made its final landfall near McClellanville, South Carolina as a Category 1 hurricane and slowly worked away to the north and east.

Now how does Dorian compare to those two storms?

Then, unlike Florence, it will be picking up speed and moving away quickly. The faster it gets out of here, the less time it will have to rain, and that would keep the totals down as well.

Will it be the same storm as Matthew? At this point, I would say no. But this storm has surprised me in a lot of other ways. I think there are still lots of questions about Hurricane Dorian and it's future path. Unfortunately, those questions will take days to answer.
Report a correction or typo
Related topics:
weathernchurricane dorian
Copyright © 2020 WTVD-TV. All Rights Reserved.
HURRICANE DORIAN