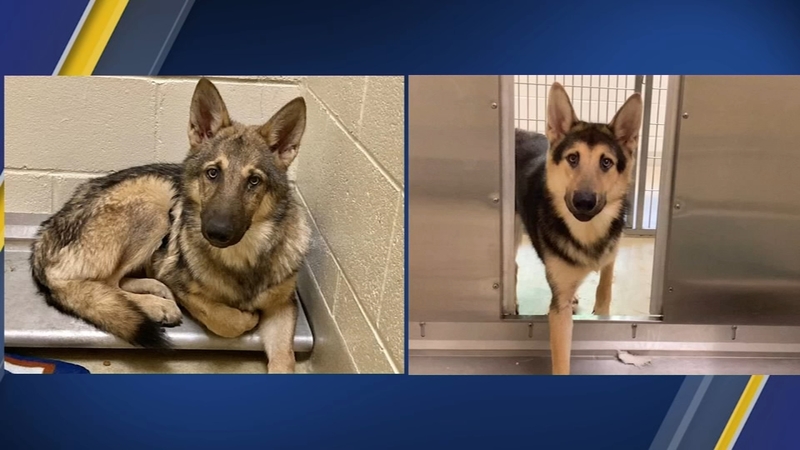 Animal control officials released an announcement Monday afternoon that said four of the dogs were on the loose in the Cedar Grove neighborhood, which is near the Person County line.

The dogs escaped from an enclosure on a private residence. The exact location and the homeowner's identity has not been released.

These particular types of hybrid dogs are not legal to have as domestic pets.

The animal control facility is in possession of eight of the dogs so far and there are four dogs still on the loose "to the best of my knowledge," Fox told ABC11 by phone.

North Carolina Wildlife Commission plans to monitor the black bear up a tree at Rex Hospital and hope it finds its own way out of town in the coming days.

There has yet to be any confirmation that the dogs have attacked any humans, pets, or livestock; however, it is believed they can act aggressively if and when confronted by people.

Officials set up several traps with food around the Cedar Grove neighborhood in an effort to catch the dogs.

Shirley and Bob Carroll are keeping their eyes open.

Karen McAdams' family has had a farm in the area since 1885 and protecting her animals is among her top priorities.

"It can be a problem for neighbors, people's horses, kids, my livestock," she said.

Over at NC State, Dr. Tara Harrison is a professor of zoo and exotic animals.

She recommends you keep your distance if you spot one.

Fox encourages the public to refrain from attempting to approach or feed the dogs if they are seen. Instead, if a dog is seen, residents are asked to call Orange County Animal Control at 919-942-7387, option 1.

"If the public does feed or interfere, it will severely hinder efforts to safely capture the dogs," said Fox.

"If you were to be bitten by them, you would need to seek medical attention and likely get post rabies exposure prophylaxis," Harrison said.

Once captured, the dogs will not be up for adoption or fostering -- which can make their placement challenging.

"It is highly unlikely that they will ever be made available that way," Fox said.