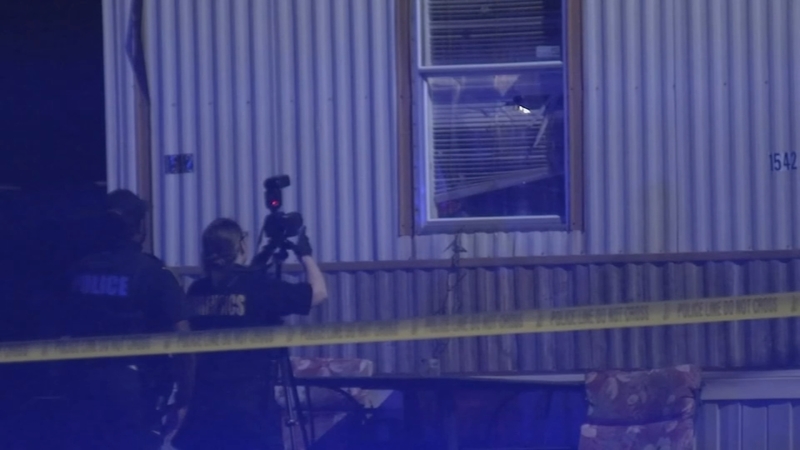 FAYETTEVILLE, N.C. (WTVD) -- A woman was found shot and killed in Fayetteville on Wednesday morning.

Fayetteville police officers were dispatched to the 1500 block of Alvin Street around midnight Wednesday. Upon arrival, officers found a woman who had been shot lying on the road. She was pronounced dead at the scene.

On Wednesday afternoon, police identified the victim as Nikayla McCray, 19, who lived at the home. Her next of kin has been notified.

Investigators said McCray was one of several young people gathered in the area to fight. That gathering ended not with punches thrown but bullets fired. The event is not believed to be gang-related.

This comes after six bikers were shot in a brawl; three of them died.

Advocates against gun violence are urging people to get involved to help stop these senseless acts.

"Talk with your local officials, your city and county officials ask them, 'What are you doing to solve this crisis?' Because it really is a crisis. A public health crisis," said Becky Ceartas, Executive Director of North Carolinians Against Gun Violence. The group formed nearly 30 years ago after a jogger in Chapel Hill was shot and killed.

FPD said there have been 11 shooting incidents with 13 victims so far in 2022. Last year, from January to April 30 they investigated 14 incidents involving 15 victims.

Advocates are pushing cities to hire violence interrupters, people with ties to their community who can serve as mediators to conflict.

Lieutenant Shawn Strepay said the police department supports that effort and city leaders are exploring how to best execute that plan.

"The Fayetteville Police Department is open to any idea that is going to reduce any kind of violence in our community," Strepay said.