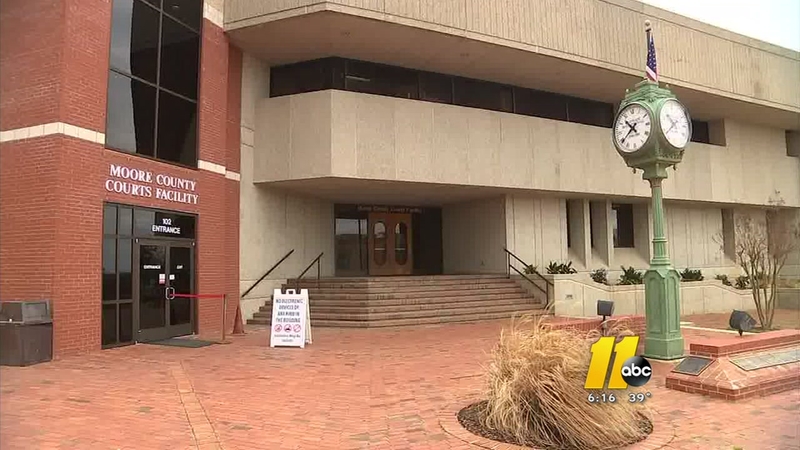 CARTHAGE, North Carolina (WTVD) -- The owners of the maligned Woodlake Dam finally had their day in court - and they didn't even bother to show up.

After months of reporting by the ABC11 I-Team, the Attorney General's Office finally filed a court injunction against the development's German ownership team after years of negligence led to the dam's demise. The injunction, filed January 27th, asks the court to demand Woodlake LLC and its chair Illya Steiner either pay to fix the dam - or pay to break down the dam.

Still, lawyers representing the Attorney General told the court they've been in contact with Woodlake's attorney, Brian Derer, and the parties agreed to a new timeline governing construction on the dam. The consent agreement - whereby both parties negotiate an order - would need the judge's approval.

"Does Ms. Watson know I could put her in jail," Judge James M. Webb snapped to those in attendance. "If a consent agreement is reached, and it receives court approval, it must include this threat."

A second hearing on the consent agreement is scheduled for Wednesday, March 15.

Internal memos shown to the I-Team revealed even Geosyntec, had yet to hear from Woodlake owner, Dr. Illya Steiner, or its manager, Julie Watson.

The dam has also been a problem for those who live downstream; a problem that nearly turned deadly after Hurricane Matthew. The storm exposed the dangers of neglect when crews found a ruptured spillway, forcing the evacuation of hundreds of residents. The National Guard was called in to plug the leak with sandbags.