Woman reunites with 'tattooed angel' who returned her wallet

WTVD
OXFORD, N.C. (WTVD) -- Earlier this year, we shared the story of a mystery man who returned a mother's lost wallet.

Courtney Pruitt was determined to find him. With the help of some ABC11 Eyewitnesses, we did.

Matt Whicker has a soft spot for kids, even though he looks like a tough guy. He and his wife just had their third baby a few days ago, and he knows it's hard work to raise a family.

"We've been saving for a down payment on a home, too, and losing just a few extra bucks just knocks you back that much further," Whicker said.

So when he found a wallet in the road in front of the Walmart in Oxford, he knew he needed to find its owner. The wallet was full of cash and contained children's Medicaid cards, so Whicker drove it to Courtney Pruitt's house.

When he got there, he told her he found her wallet. After that, he left and forgot about it... until he and his wife saw ABC11's story.

Whicker said, "I just hollered out 'Hey, I found a wallet!' She just came running over and I gave it to her. I wasn't expecting anything in return."

However, Pruitt was looking for the man who returned her money and documents. She was so stunned, she barely thanked him. We called him her "tattooed angel" because of her description.

As far as calling him the tattooed angel, Whicker remarked, "I don't know about this title y'all gave me. I think some people would disagree with you."

Whicker's wife is an ABC11 Eyewitness, and contacted us about the story. Now Pruitt can properly thank the man that returned her wallet.

The lesson in this tale, Pruitt says, is simple.

"Just give it back. It's not yours. Do the right thing," she said.

Whicker and Pruitt both hope this story will encourage others not to keep things that don't belong to them. 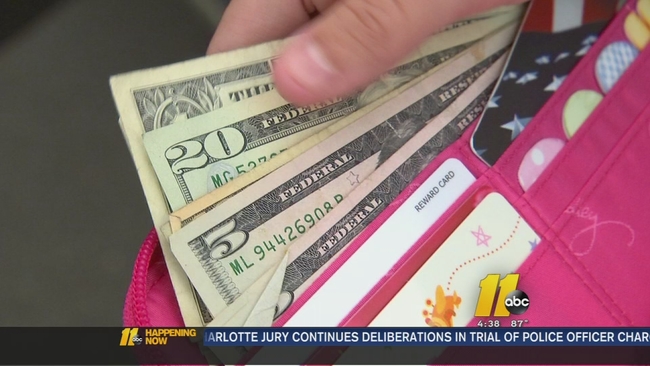 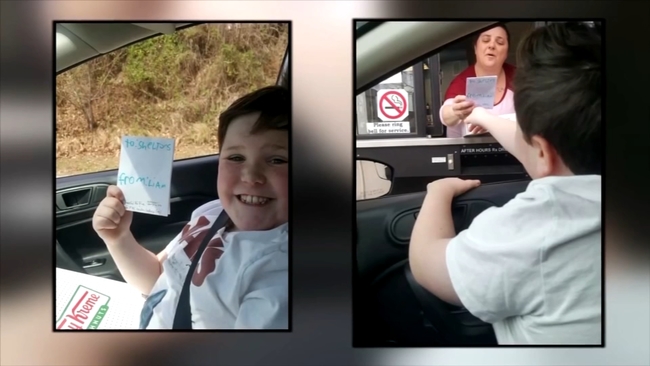