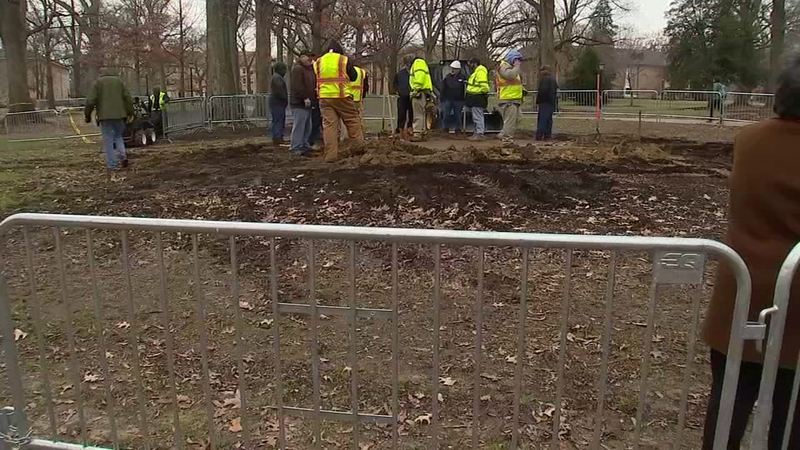 CHAPEL HILL, N.C. (WTVD) -- Remnants of Silent Sam are no longer on the campus of UNC-Chapel Hill.

The public learned Monday night that the pedestal which once housed Silent Sam would be removed. The news came in the same letter that announced UNC Chancellor Carol Folt's decision to step down after this spring's graduation.

Under the cloak of darkness and just hours after the announcement to remove the pedestal was made, crews, a flatbed truck, and a forklift were on scene taking the monument down.

Remnants of the statue will be placed into storage.

Students arriving for class this morning at UNC will notice something missing- the pedestal of Silent Sam. @ABC11_WTVD #abc11 pic.twitter.com/vDz9Z1kn65

The university's decision was praised by many, including Governor Roy Cooper who is also a UNC alumnus.

"I appreciate the Chancellor's actions to keep students and the public safe," Cooper said in a statement. "North Carolina is welcoming to all, and our public university should reflect that."

For months, the University of North Carolina Board of Trustees discussed what to do with the Confederate monument, which was toppled in August, before settling on a $5.3 million construction project to create a history and education center to house it.

That proposal was ultimately shut down in December by the Board of Governors, who said it "cannot support" the plan due to its heavy financial weight.