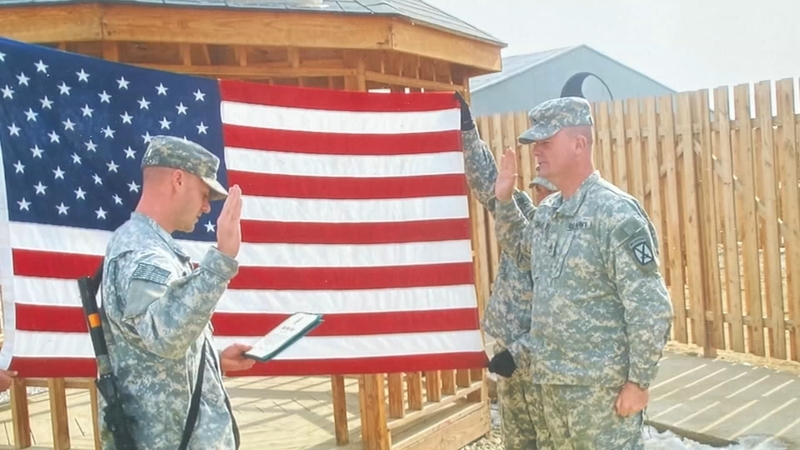 FAYETTEVILLE, N.C. (WTVD) -- While Cumberland County veteran Jack Graves has served multiple tours of duty, this presidential election will be his first tour of civic duty.

"I've served in Panama during Operation Just Cause which was the first time I served with Seven Special Forces. Then I went to Desert Storm with First Army Division. I've been to Iraq and Afghanistan,"said Graves. "Circle the box or whatever you do because I've never done it. Walk out and feel pride that I made the right judgement for my family and myself."

"I never felt that my voice was that important. I never felt it made a difference because I was a soldier. A soldier will serve and do his duty no matter what he's asked to do," said Graves.

The 51-year-old spent 20 years serving in the U.S. Army and retired as a Master Sergeant. He registered to vote in March with hopes of using his voice to re-elect and keep the current Commander-in-Chief, President Donald J. Trump, in the White House.

Jack Graves,51,is a Wade resident and Fort Bragg vet who served in multiple combat tours including Desert Storm. He’s never voted before. That changes today as he votes for the first time ever in a presidential election. At 4:30: why he’s voting now and who he’s supporting #abc11 pic.twitter.com/kEjqPpSqLV

"I think (Trump has) brought more life back into things that are more in line with how I think: pro-life and bringing God back into the world. Before COVID-19, we were doing excellent. Seeing job numbers go up in all nationalities and all sexes," said Graves.

He plans to continue his tour of civic duty until he's no longer able after finally exercising his right to vote Friday morning.