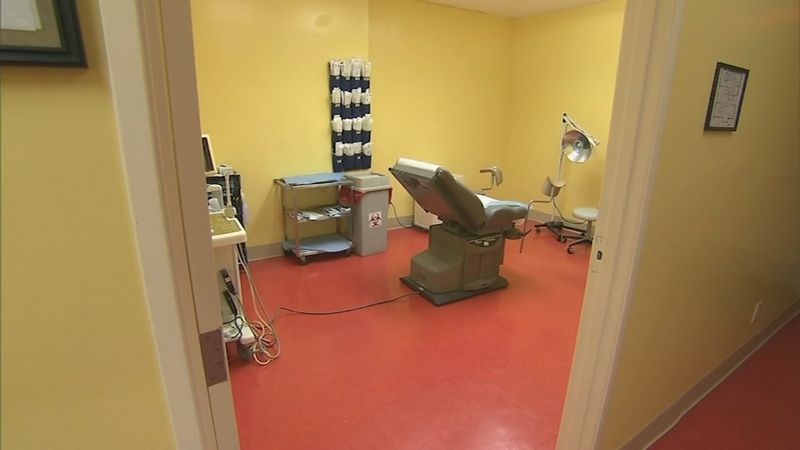 RALEIGH, N.C. (WTVD) -- Abortion clinics, such as Planned Parenthood, have been fielding calls from patients who are concerned appointments won't be honored. There is worry after an opinion draft was leaked that suggested the reversal of Roe vs. Wade could be imminent.

"The opinion confirms our worst fears that they will just completely overturn this long-standing precedent," said Pro-Choice North Carolina Executive Director Tara Romano. "We didn't want to see it happen, but we've been preparing for when they might take the opportunity."

Some people will argue that in North Carolina, there are already barriers that restrict access.

There is a forced waiting period of three days from when a woman makes an appointment for an abortion until she goes to the appointment.

Then, there could be even more hurdles.

READ MORE: What happens to abortion rights in North Carolina if Roe v. Wade is overturned

"It's not a secret that abortion clinics often have protesters outside of the clinic. These protesters yell really cruel and insensitive things," said Planned Parenthood South Atlantic spokesperson Molly Rivera.

She is among the staffers who have physically escorted patients through a crowd and inside the building.

"The nature of this topic can be really troubling and traumatizing for some people," said Rivera. "It really is hard to see when abortion stigma has affected someone so much where they feel so nervous to come in -- even though they're confident in their decision, they know it's right for them -- but they feel this guilt and shame simply because of the stigma that is being put on them by other people."

A change could particularly affect minorities.

According to the latest CDC data for North Carolina, more than 28,000 abortions were done in 2019.

Almost half were sought out by Black women -- 49%. A little more than 30% of abortion clients were White women and 12.5% were Hispanic.

"You are potentially harming people who have struggled to have access to any kind of healthcare, including reproductive healthcare," said Romano.

Others back the possible reversal of the abortion debate from the federal level.

Tami Fitzgerald from the North Carolina Values Coalition was on the steps of the Supreme Court the day the case in question was argued.

She calls the leak "unprecedented" and hopes it puts pressure on conservative justices.

"We believe it is up to the people of North Carolina and their right to decide this issue, and it's their right to pass legislation protecting women and their unborn children," said Fitzgerald.