wtvd
By ABC11
DUNN A patient at the Magnolia Living Center in Dunn tells Eyewitness News she was sexually assaulted by an employee.

The daughter of the alleged victim is sharing the details of the investigation, but pain and embarrassment has the Harnett County woman concealing her identity.

She says on Mother's Day weekend, she was met with a tragic revelation. Her mother, a 52-year-old stroke victim recovering at a nursing home in Dunn, claimed a staff worker allegedly assaulted her.

"She said that he took nude photos of her private area … that he was checking for breast cancer and he exposed himself," the alleged victim's daughter said.

The alleged victim is still staying at the Magnolia Living Center in Dunn.

Police say they have launched an investigation into what they're calling an aggravated assault with sexual motives. Authorities will only confirm the allegations involve a female patient and a male employee.

No charges in the case have been filed at this time.

The nursing home tells Eyewitness News it has suspended the worker pending the outcome of the criminal investigation, but it declined to comment on whether there was a delay in reporting the incident.

The victim's daughter says the alleged attack happened on May 2, the police were notified on May 5, and she didn't find out until several days later.

"And now she's just hurt more than anything," the daughter said. "When you go through stuff like that you're supposed to have the support of your family and friends. I don't know why they would think it was okay to not contact us."

She says fearing there are other possible victims; she's speaking out so that the families of other residents will protect their loved ones.

"Nobody's taking it seriously everybody wants to brush it under the rug like it never happened," she said. "Stuff like this is happening … you have to make people aware of it."

The Magnolia Living Center said in a statement to Eyewitness News that "our primary concern is for the safety of our residents. We conduct criminal background checks on all of our employees. We cannot comment on the pending investigation." 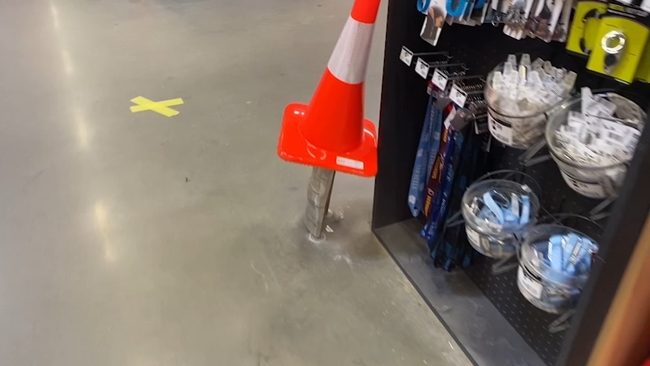 What stores are doing to keep you safe while you shop
Apex man can't visit wife who's in ICU with coronavirus
What could happen in Wake Co. without physical distancing
What you can and can't do under NC Stay-At-Home order
Some NC parks closed, but visitors going anyway
Show More
102-year-old woman recovers from COVID-19
Stimulus checks calculator: How much to expect under rescue bill
Smaller cities like New Orleans, Detroit ripe for COVID-19 acceleration
Hundreds of toilet paper rolls spill onto NC highway
Foster a dog, get 3 months of beer from Busch
More TOP STORIES News