The blaze started at Fitzgerald's Seafood in the 2100 block of E. Millbrook Road at Atlantic Avenue just after 6 a.m. - the restaurant shares its kitchen with Premier Cakes.

When firefighters arrived, they reportedly had a difficult time finding a fire hydrant.

» Click here to view a map of the area «

Once inside the building, crews said the restaurant's sprinklers were on.

It took them about 15 minutes to get the blaze under control.

Authorities said it appeared the fire had been burning awhile and was mostly contained to the kitchen.

A fire official at the scene told ABC11 that about half of the restaurant was burned on the inside and there is water and smoke damage throughout. He also said he thinks the building is almost a total loss.

Part of Millbrook Road at Atlantic Avenue was blocked as fire crews investigated the incident. 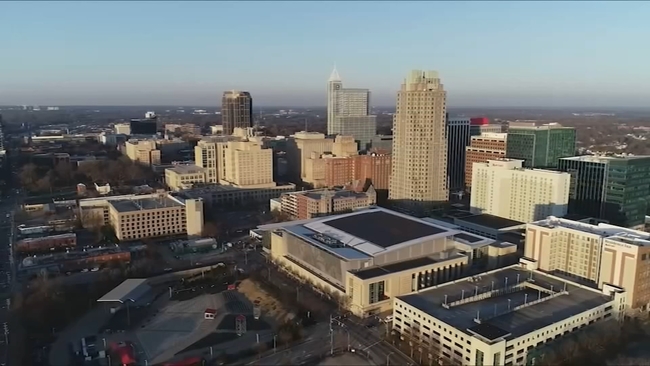