On October 24, the Vortex ride restarted as riders were getting off the ride, sending people flying to the ground, including a family of three.

The ride's operator, 42-year-old Tim Tutterrow, was accused of tampering with the Vortex and was charged with three counts of felony assault with a deadly weapon. Investigators indicated that he tried to override safety features on the malfunctioning ride in order to keep it operating.

The son of the couple who owned the ride was also charged. Last month, 32-year-old Joshua Macaroni pleaded not guilty to the same charges Tutterrow is facing.

A spokesperson for the company that owns the ride, Family Attractions, out of Georgia, told ABC11 in November that Macaroni was not there during the fair, and investigators would not say how they think he was involved.

"He's been given no factual basis for the charges against him," said Macaroni's attorney Dan Boyce.

However, Wake County's District Attorney Colon Willoughby has said they had good reason to arrest Macaroni.

Meanwhile the Wake Forest family that was injured -- father Anthony Gorham, mother Kisha Gorham, and 14-year-old son Justen Gorham -- have been recovering from their severe injuries.

"[They have] injuries similar to that of being in car accident...they're still dealing with having to go through physical therapy, managing pain day by day," Kiesha Sprull -- family friend and godmother to one of the victims -- told ABC11 in an interview earlier this month.

Kisha and Justen were recently released from the hospital, but Anthony is still being treated for severe brain, skull, neck, and spinal injuries.

In the meantime, a close friend of the Gorham family told ABC11 that they aren't concentrating on the criminal case but instead on recovering from their severe injuries.

"They are not really focused on that part of it," said Gorham family friend Kiesha Sprull. "They are more focused on getting better and getting their family back to as normal as can be."

A fundraiser has been set up for their mounting hospital bills. 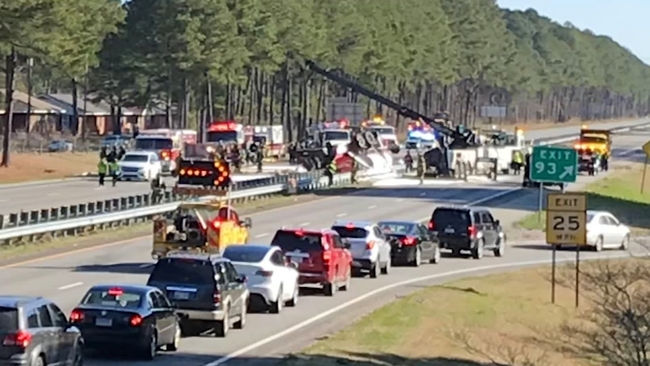