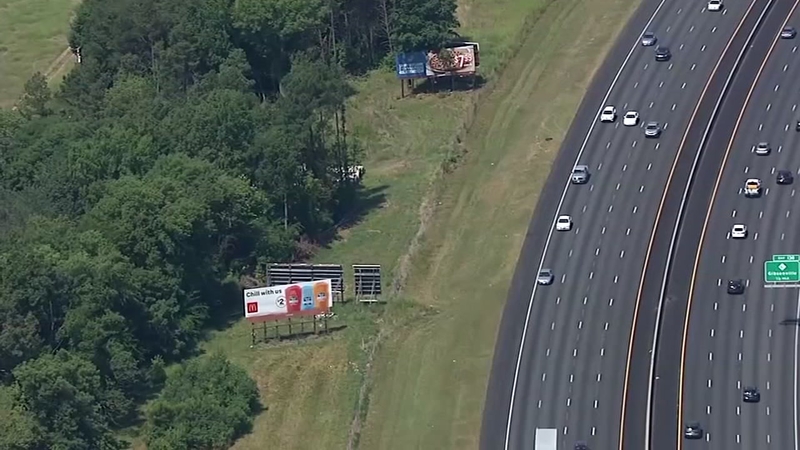 CARY, N.C. (WTVD) -- A controversial billboard bill has been amended in the state Senate and now several Cary leaders say they're no longer "neutral" on the proposed law.

"A lot of elected officials across North Carolina and in Cary are against this bill because it looks like it takes away our ability to regulate signs in our communities," town council member Jennifer Robinson told ABC11.

Last week, when ABC11 first reported on House Bill 645, the North Carolina Outdoor Advertising Association noted that even the Town of Cary, which has no billboards, was neutral on it.

A town spokesperson confirmed that.

But when the bill passed the Senate on Monday, Cary's mayor and some council members made it clear to their senator that they were now opposed to the bill.

And, on Friday, the head of the NCOAA, T.J. Bugbee, issued a statement saying: "I'll reiterate that this bill has been heavily negotiated with stakeholders to allow for limited, responsible relocation of existing signs. The industry has worked through this process in a good-faith, transparent manner, meeting directly with officials from Cary and their lobbyists on multiple occasions to address every concern the Town has raised on this legislation. It is unfortunate after all of that negotiation that Cary, which has no billboards, is now changing its position to oppose a bill that they admit does not have any impact the Town."

Previously, Bugbee has said the bill simply changes the law to allow billboard owners to relocate signs that are forced down because of road widening by the state or decisions by landowners.

But the leaders of some environmental groups that oppose the bill say it was written by an attorney familiar with outdoor advertising and that the language in it is so vague it's not clear exactly what it will do.

"The language is not very clear," Robinson said. "I think that the people who drafted the bill may have insights to what the implications are of the language. Where a lot of people who don't specialize in legal language pertaining to billboards would miss it."

Robinson and leaders of environmental groups say the bill could allow billboards to be converted to electronic signs and their heights extended to 50 feet. They also claim that if H.B. 645 becomes law it will allow for the removal of many trees including those on public property.

The NCOAA denies all those claims, except for the provision allowing some billboards to be raised to 50 feet.

The trend of outlawing billboards in North Carolina began in the late 1980s.

Raleigh was one of the first large cities to pass a sign ordinance touted as improving the quality of life, an ordinance that eliminated many of the billboards in the Capital City.

The NCOAA says the number of billboards statewide continues to decline.

It says in the past ten years alone, 1,000 have been eliminated and only 7,500 remain statewide.

It also claims that in the past three years its members have lost 49 billboards on land claimed by government powers of eminent domain, billboards that could not be relocated under current state law.

The NOAA has previously said its efforts are aimed at keeping the billboard industry from being legislated out of existence.

Cary town councilor Jennifer Robinson says it's not ordinances that have put the industry on the skids.

"Digital access on our cellphones makes them obsolete. We don't need to look up at a sign to know where a restaurant is. We can look at our phones," she said.