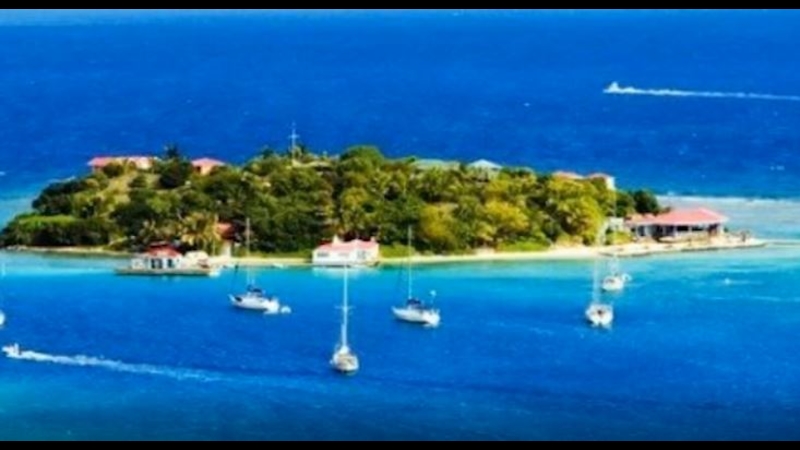 APEX, N.C. (WTVD) -- People who paid for what was billed as the "Vacation of a Lifetime" are telling horror stories about "Black Yacht Week" in the British Virgin Islands. And they blame a Wake County man for the vacation disaster.

Reggie Cummings is a 58-year old black entrepreneur from Apex who founded his company, Black Travel Movement, in 2016, turning it in what he calls the "largest and fastest growing online black travel community."

It sells adventurous excursions all over the world.

But back in June, a lot went wrong with the company's 7-day excursion to the Caribbean.

"I bought the trip based on what he said we would get," said BTM customer Karen Everett, an auditor from Charlotte.

A federal lawsuit filed and an NC Attorney General investigation is underway into the Apex business man whose luxury yacht vacation for black travelers turned into a nightmare for customers. AT 11. #abc11 pic.twitter.com/PqX0T5ITpR

Everett said what she thought would be a dream vacation turned into a nightmare during Black Yacht Week.

She's one of 250 people who paid thousands of dollars for the cruise which was advertised on the company's website as an all-luxury affair: professional skipper, gourmet chef, meal and drinks included.

Everett said she believed she was buying a VIP experience on a fancy yacht.

Everett said what she and many others received were leaky boats and hot dogs.

The yacht cruise to the British Virgin Islands was sold as two vacation packages. Everett and her friends paid $3,350 a piece for the "super-premium crewed yacht."

Everett and 15 others from the trip have filed formal complaints with State Attorney General Josh Stein's office.

ABC11 went to Apex to get Reggie Cummings' side of the story. And while he did not want to go on camera, he did agree to let us record the audio from our conversation.

Cummings laid the blame for the vacation debacle on Dream Yacht Charters, the Maryland-based company where he the rented the boats and crew.

"We weren't properly provisioned by Dream Yacht Charters. So, my (law) suit with them is basically that because you did not provide me the service, I could not pass through those services to my customers," Cummings said.

For its part, Dream Yacht Charters filed a federal lawsuit against Cummings, for allegedly failing to pay the $550,000 bill to use the yachts.

Cummings is countersuing; claiming he's holding onto the money to refund customers.

"The ($550,000) is sitting in an escrow account waiting for this issue to be resolved through mediation, or through the courts, or through whatever the process is," said Cummings who believes the litigation should resolved within the next 30 to 90 days.

Meantime, frustrated travelers like Everett claim Cummings has not returned their calls. She wants her money back now.

"Ultimately, I would like for Reggie to clean up his act," she said. "Because he does have a large following."

ABC11 could not reach a representative from Dream Yacht America Tuesday night. But, the company's attorney told ABC News her client did the best it could to provide vacationers with the proper amenities despite Cummings "unresponsive communications."