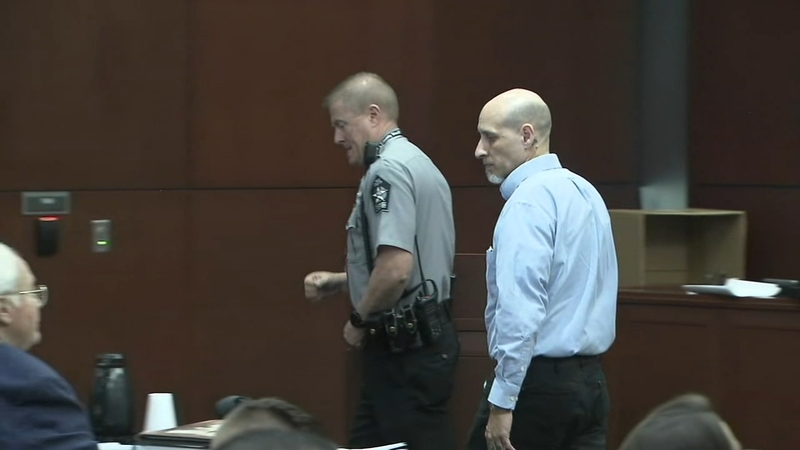 Sluss is on trial for the murder of his girlfriend Monica Moynan in 2019. Moynan disappeared that year and her body has never been found.

The defense team called Sluss to testify in the morning, painting a timeline of how and where he and Moynan met and their relationship over the years.

The two used to work at OfficeMax together. Moynan was later let go and reached out to Sluss and the two started talking daily.

The attorney went through the pair's relationship and tried to convince the jury that Moynan left Sluss of her own free will.

During Sluss' answers with his defense attorney, he admitted several times to "being bad with dates and timelines," however, he appeared to answer all the questions asked of him. During the prosecution's line of questioning, Sluss repeatedly gave "I don't know", "incorrect", and "if that's what you have, yes" answers to the questions he was being asked.

"Literally the mother of your kids is missing and you can't even check a calendar," The state attorney asked.

Sluss responded saying he was "focused on getting benefits for our kids."

Sluss maintained that he had "no clue where Monica is."

Sluss admitted that the pair got into a fight. "She (sic) my phone and she asked me why I had certain Instagram girls on it. We got in an altercation and I did ... hit her and she did pack up her stuff and she did go to her parents."

Sluss also testified that he saw Moynan as late as Father's Day Weekend in 2019, which would be two months after prosecutors say she vanished and was killed.

When asked why he took so long to report her alleged disappearance at first. "10 days in, and I had been (sic) freaking out. She would just show up and I was an idiot who got worried. I never thought she would not come back," Sluss said.

The state argued that Sluss sent texts to his sister asking about death after Moynan's disappearance and how to talk to someone about it.

The defense wrapped up its line of questioning just before 11:30 a.m. The prosecution wrapped up cross-examination just before a recess was called for.

All of this follows a shocking day in court Tuesday that included gasps from several people inside the courtroom when video showed Sluss punching a girl believed to be one of his daughters.

Prosecutors used that video, in addition to surveillance video of Sluss pacing and double-checking locks on doors and windows, to try toconvince the jury of his guilt.

'She wanted to get away from him': Friend of missing Holly Springs mom delivers emotional testimony
EMBED More News Videos

Monica Moynan's best friend took the stand Thursday and said the missing Holly Springs mom came to her on two separate occasions saying she was choked and "almost died."