'It's the worst horror movie': Family of slain Wake County pregnant woman's question why her life was taken so soon 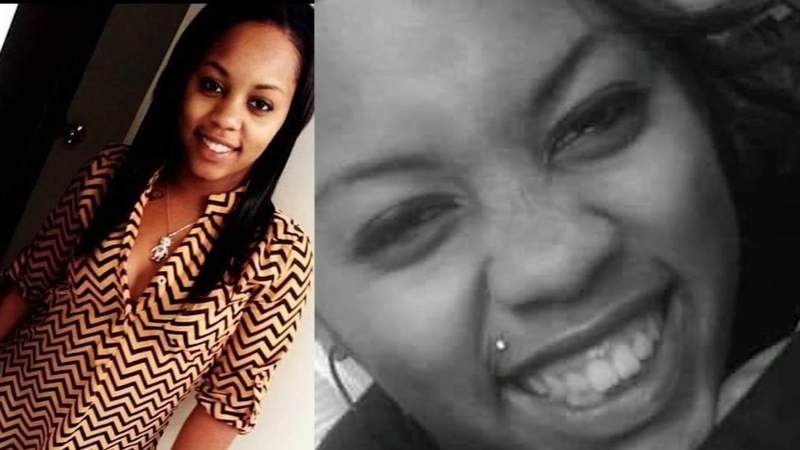 RALEIGH, N.C. (WTVD) -- Family members of Brittany Smith say this is the worst possible conclusion to their loved one's life.

"It's the worst horror movie," said Tyaisha Troy-Williams, a long-time family friend of the 28-year-old mother. "I can't find a horror movie to top this because it's reality."


Troy-Williams, who is also serving as the family spokesperson, talked to ABC11 hours after two suspects went before a judge in relation to Smith's murder. Prosecutors accused Thomas Johnson and Emmalei Trevathan of strangling the pregnant mother before stuffing her body into a suitcase and tossing it into the Neuse River.

A couple was arrested Wednesday evening and charged in the murder of a missing 28-year-old pregnant woman.

"Monsters, that's who could do that," said Brooke Pinel-Fereol, Brittany's first cousin. "Evil people. None of that should have happened to her at all. Brittany was a good person, a good mom, a good granddaughter."

Tyaisha Troy-Williams is a long time family friend of Brittany Smith. She spoke to me tonight on behalf of the family.
“It’s the worst horror movie. I can’t find one to top this because this is reality” #ABC11 pic.twitter.com/UZCe9VsJF1

"There's nothing you can do to make it better," Troy-Williams said. "There's no way to justify it and we find ourselves questioning our faith, wondering how something so brutal could happen to this girl's life."

The family is hoping that more people express empathy in her death rather than focus on the minor details in her life.
"We have a lot of questions and we just want some answers," Troy-Williams said. "Somehow the focus has been taken away from the fact that a mother with a child in her belly was somehow placed into a small suitcase in a river."

Investigators say Brittany was last seen at a home on Fox Run Drive in Wendell. Family members reported her missing on Feb. 4.

Later, ABC11 learned she was camping in a tent with her boyfriend behind Dale Williams' home in Wendell for seven months.


"To have her snatched off my street, kidnapped and murdered, it's a creepy feeling," Williams said.

Williams said both Brittany and her boyfriend came to him seven months ago when they had no place to go. Though he said she may have been going through tough times and didn't always get along, he let them stay.

"She's somebody's daughter," Williams said. "She has a family, she's a human and that's not a humane way to die."

Brittany's two other children were staying with relatives at the time. The family is hopeful more people come forward with information.