In a joint statement released on Sunday afternoon, Duke Energy of Charlotte and Dominion Energy of Richmond, Virginia announced the cancellation of the 600-mile pipeline project that was slated to run natural gas from the Ohio Valley, to West Virginia, Virginia and North Carolina.

"Dominion Energy (NYSE: D) and Duke Energy (NYSE: DUK) today announced the cancellation of the Atlantic Coast Pipeline ("ACP") due to ongoing delays and increasing cost uncertainty which threaten the economic viability of the project," Duke Energy wrote in a news statement.

The project, originally estimated to cost $4.5 to $5 billion, was increased to $8 billion due to public guidance.

Eight central North Carolina counties would have been affected by the construction including: Northampton, Halifax, Nash, Wilson, Johnston, Sampson, Cumberland and Robeson.

Throughout the years, the construction of the pipeline was met with fierce criticism by residents, some even going as far as to protest in high stake county meetings.

The project was also divisive politically - not just on the merits of the pipeline but also the process through which it was approved.

On the same day as regulators approved permits for the pipeline, Governor Cooper announced a deal made with the energy companies to create a fund used for "environmental mitigation initiatives such as reducing the carbon footprint and expansion of renewable energy sources." 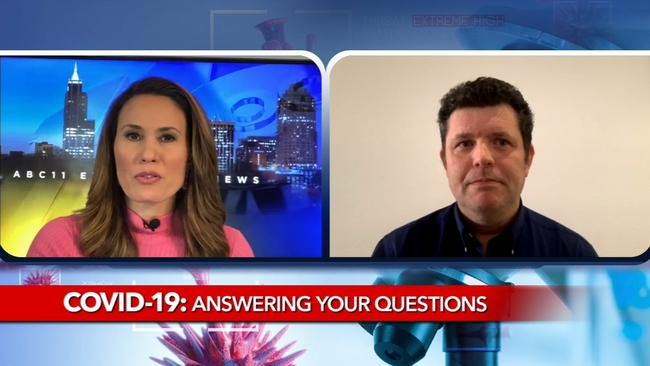