Sculptor hopes to bring life back to Person County castle by turning it into event space, vineyard 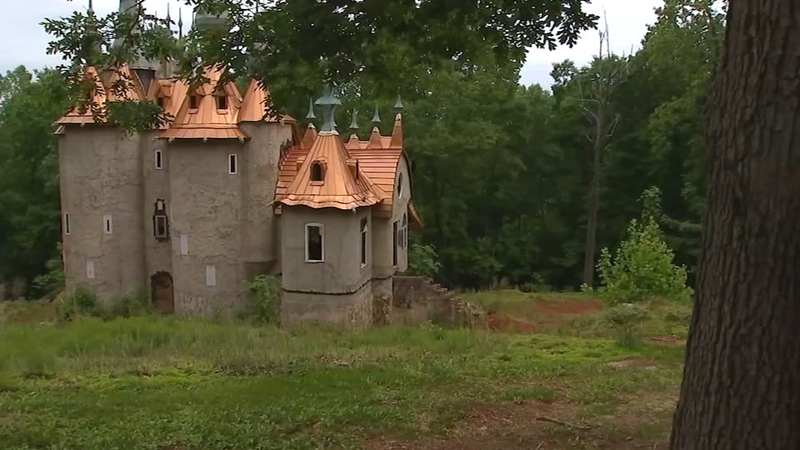 ROUGEMONT, N.C. (WTVD) -- Durham-based artist and sculptor Robert Mihaly set out to build a place in the woods for himself in 2000 on the 14-acres of land he owns in Rougemont, Person County.

"I started building a little cabin for myself in the woods," Mihaly said. "It was going to be my own little Thoreau cabin."

Mihaly says he just kept building and building on the structure until he had built a mini-castle he called Castle Mont Rouge standing more than 60-feet-tall with more than 2,000 square feet and four stories inside.

This is Robert. He’s an NC artist and sculptor. Robert built a castle from scratch. He started out wanting to build a cabin in the woods. We stop by his creation next at 4 on #ABC11 pic.twitter.com/Rt3M5wePj1

He lived on the property for a few years, when Mihaly moved out the structure sat abandoned for years with rumors and mystery spreading about it leading to curious visitors leaving graffiti inside and some vandalism.

There have also been other creative types that with Mihaly's permission have used the castle as a backdrop for music videos and wedding or engagement photos. Ghost hunters and archeologists have also been intrigued by the land Castle Mont Rouge sits on.

"Then there's the feature-length film," Mihaly explained. He said he loves that his creation inspires others and he is now inspired once again to complete his biggest work of art.

Mihaly has since resumed work on Castle Mont Rouge with plans of turning it into an event space and vineyard with a target date to complete it in time for his daughter's 16th birthday.