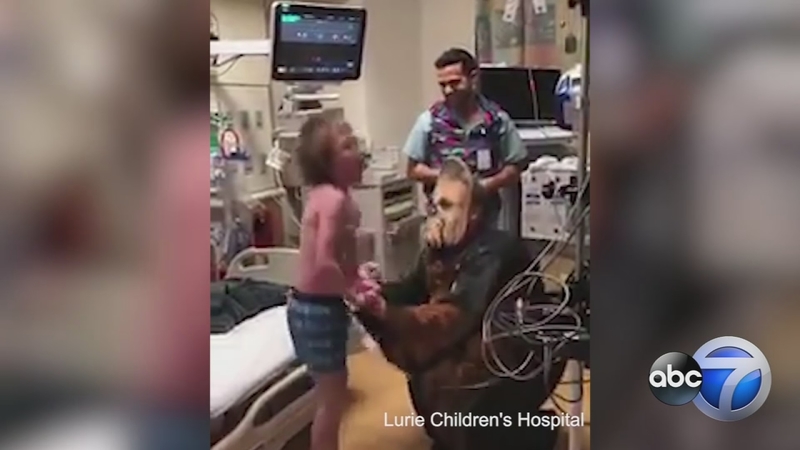 CHICAGO -- When 15-year-old Austin Eggleston was placed on a heart transplant list nearly five months ago, his doctor made him a deal.

Dr. Phillip Thrush promised Austin - a die-hard Star Wars fan from Pontiac, Illinois - that when a heart became available, he would deliver the good news wearing a Chewbacca costume.

Dr. Thrush made good on his promise Saturday, speaking fluent Wookie. The heartwarming moment was captured on video in Austin's room at Lurie Children's Hospital in Chicago.

Austin Eggleston waited four months for a new heart. He found out he'd have a renewed chance at life, Saturday, in an unforgetable way.

"We got a heart? Do we seriously have a heart?" Austin asked before high-fiving and hugging the pediatric cardiologist-turned-Wookie warrior.

Anglin also expressed gratitude for the donor's family, which had to make a courageous decision to donate a child's heart in their time of grief.

"He will make sure that he does remarkable things because of it," Anglin promised.

First up: lobbying Marvel to host a special screening of Avengers: Infinity War for the Lurie's kids who cannot leave the hospital because of their illnesses.