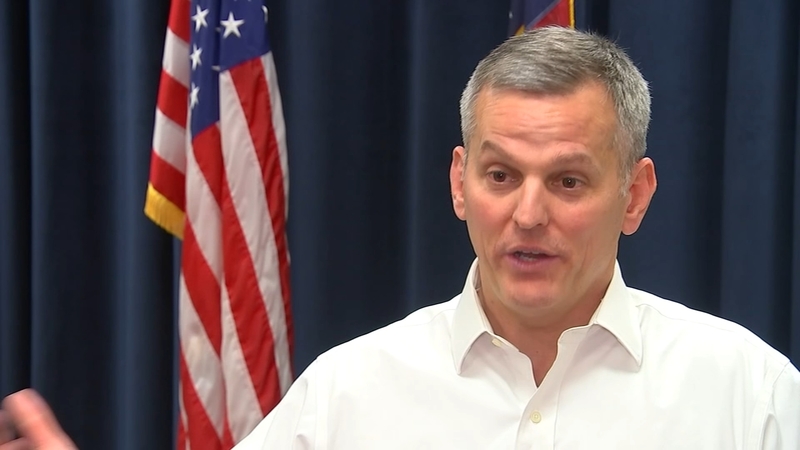 AG speaks out about price-gouging concerns

RALEIGH, N.C. (WTVD) -- There were 37 new price-gouging complaints submitted to the North Carolina Attorney General's Office on Thursday, bringing the total to 173 during the coronavirus pandemic.

Attorney General Josh Stein said his staff is starting to dig through the complaints that sprouted during the crisis.

"They (businesses) cannot raise their prices in order to exploit people's desperation," Stein.

ABC11 viewers reached out wanting to know their rights on certain issues.

One woman and her husband are both healthcare workers. She says they're shouldering "the burden to now pay twice for daycare."

Her normal daycare is not willing to refund "over $800" while the school is closed.

The parents still need someone to watch the children while they go to work, so they've had to hire someone on top of their daycare bill.

Another parent says her Montessori school is still charging parents during the shutdown, saying it's for "operating costs," yet the teachers were told to seek unemployment.

That parent is confused about what exactly she's paying for.

Stein says these instances are not considered price gouging, but are bad business practice and says people should file complaints.

"Daycare is something that you do in commerce, you're buying a service, which is caring for your child. So if a daycare entity is not treating their parents fairly, let my office know so we can look into it," Stein said.

Stein says you need to read through what's in the contract, but his office is encouraging businesses to do the right thing.

"If it's impossible for you to get the benefit for what you pay for, we're asking the companies to treat their customers right," he said.

Stein says if a landlord tries to evict you right now because you can't pay rent because of lost wages, just know you can stay put.

"The courts are on hold," he said. "The chief justice issued an order to all the courts and she has put a stop on issuing writs of eviction."

Stein says most utilities, including water, will not cut off service and for good reason.