Raleigh husband says he was told his March cruise had no COVID-19 cases. He was diagnosed one day after returning

WTVD
By DeJuan Hoggard
RALEIGH (WTVD) -- Lisa and Ted Mayer of Raleigh love to travel. So much in fact, they were booked to take two separate cruises in March on Celebrity Cruises.

"We love cruises," Ted Mayer said. The retired dentist said he and his wife had no reservations about going on a cruise because the lack of positive cases at the destination.

Just before their Celebrity Eclipse cruise from South America to San Diego, the cruise ship line canceled the itinerary and told passengers hotel and airfare accommodations would be taken care of.

However, according to the Mayers, Chilean officials refused to let passengers disembark. The couple told ABC11 they spent nearly a week off the coast of South America before a decision was made to head to San Diego.

I just spoke with a Raleigh couple who took two @CelebrityCruise trips in March and came back with #Covid19. They thought the ship was Covid-free and told me they had a “wonderful” time.

“We felt safer by being on the ship than we did by being at home in Raleigh.” #ABC11 pic.twitter.com/2yhjtd1Pat

The experience, however, was not all bad.

"We actually had a great time on the second cruise," Ted Mayer said. "The food, the dining, the staff -- they were absolutely wonderful. We enjoyed ourselves fully."

While COVID-19 cases and deaths continued to rise across the world, the Mayers and over 2,000 other passengers sailed the seas; even taking time to give a standing ovation to healthcare workers.

The couple said people on their second @CelebrityCruise began to get sick.

“We were pretty well assured that it was coughs, colds, and maybe a light flu.”

The Eclipse ship even held a standing ovation for frontline workers around the world fighting the pandemic. #ABC11 pic.twitter.com/u1yC2oSQIK

"We were not glued to the TV or the Internet," the Mayers said. "It was a pleasure cruise. We were informed. But, minimally."

Near the end of their second cruise, the Mayers estimate "two-thirds" of passengers began to feel sick.

"We were pretty well reassured that it was coughs, colds, maybe a light flu," Ted recalled. "We thought it was COVID free. If it was virus free, we were actually thinking it was safer out there than we would have been almost anywhere else in the entire world."

When the Mayers returned to Raleigh from San Diego on March 31, they went to the doctor the very next day.

A respiratory doctor diagnosed Ted with COVID-19. They declined to give his wife, Lisa, a test.

Ted told ABC11 doctors figured if he was positive, his wife would be as well. They were told to quarantine at home for 14 days and monitor their symptoms.

In hindsight, the couple said had they known COVID-19 was on their ship, they would have stayed in their rooms and ordered room service, along with wearing masks.

"Less contact, a little more social distancing -- which we did not do," added Ted.

According to the couple, Celebrity Cruises offered a refund of 125 percent of their cruise or credit toward a future cruise.

"We took the refund," Ted said.

Have a question about coronavirus? Send it to us here.
Report a correction or typo
Related topics:
health & fitnessraleightravelcoronaviruscruise shipraleigh newscovid 19 pandemic
Copyright © 2021 WTVD-TV. All Rights Reserved.
CORONAVIRUS 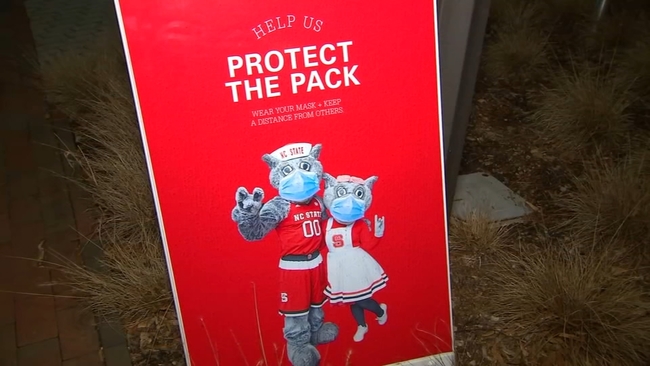 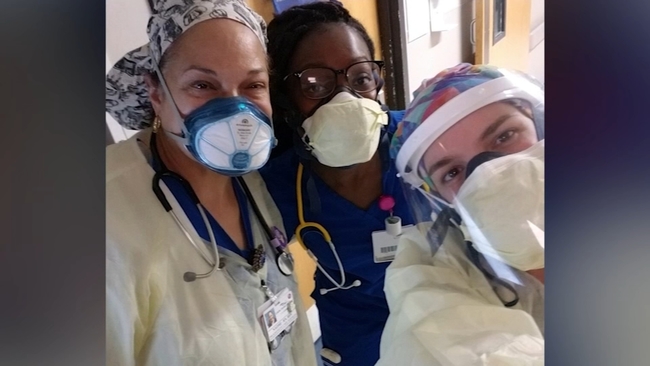