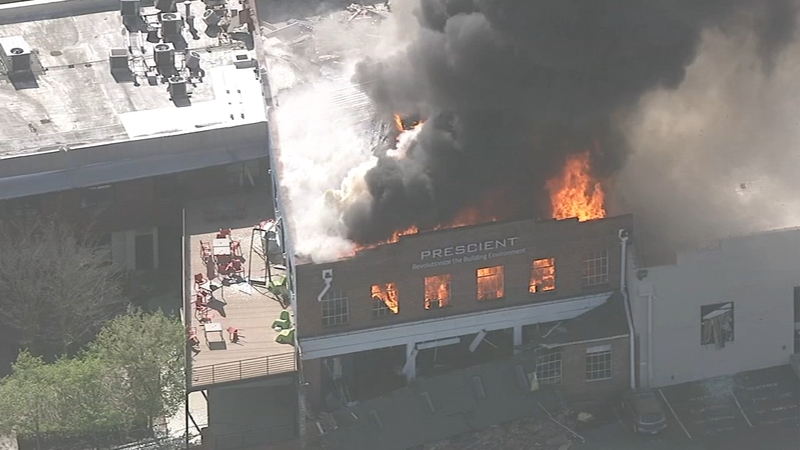 The citations said employees were exposed to fire/explosion hazards when the employer failed to dig a test hole 'pot-holing' to determine the location of the underground gas service pipeline before drilling. An employer needs to physically identify the exact location of the line through 'potholing' before digging.

The ruptured pipeline released natural gas for an extended period of time, causing the subsequent explosion.

PSNC Energy, doing business as Dominion Energy North Carolina, was cited for one alleged serious violation of the Occupational Safety and Health Act of North Carolina with a total penalty of $5,000.

According to the citation, a first responder was exposed to fire hazards due to ineffective response procedures which allowed the employee to respond to the gas leak assignment without wearing Personal Protection Equipment before the assessment of the gas leak.
A locator/first responder parked his company vehicle near the gas leak due to ineffective response procedures, according to the citation. The NCDOT Emergency Response Handbook said employee vehicles need to be a half mile away from the leak.

"Our colleague who died as a result of injuries sustained when responding to the April 10 Durham gas incident was a highly trained and experienced first responder for Dominion Energy," said Dominion spokesperson Persida Montanez in a statement Wednesday. "The gas leak he was responding to that day was caused by a third-party contractor who damaged gas lines that were properly marked. The North Carolina Department of Labor's citation in no way attributes any fault for the gas leak or explosion to Dominion Energy or our employee.

PS Splicing, another subcontractor, was cited for for one serious alleged violation of the Occupational Safety and Health Act of North Carolina with a total penalty of $2,100.

The citation said one employee and four subcontractor employees were exposed to hazards because the employer failed to perform frequent and regular inspections of the site. Inspections could have identified conditions.

Companies cited have 15 working days from receipt of the citation to request an informal conference with the Labor Department, to file a notice of contest with the Occupational Safety and Health Review Commission of North Carolina (an independent board appointed by the governor to hear appeals of OSH citations), or to pay the penalty.

"Safety is a core value at Dominion Energy," Montanez also said in a statement. "We are committed to learning from this tragic incident, and we will respond to the citation within the 15 working days allowed by NCDOL rules."