'Being an ally is a daily labor': How to be an ally to all marginalized communities 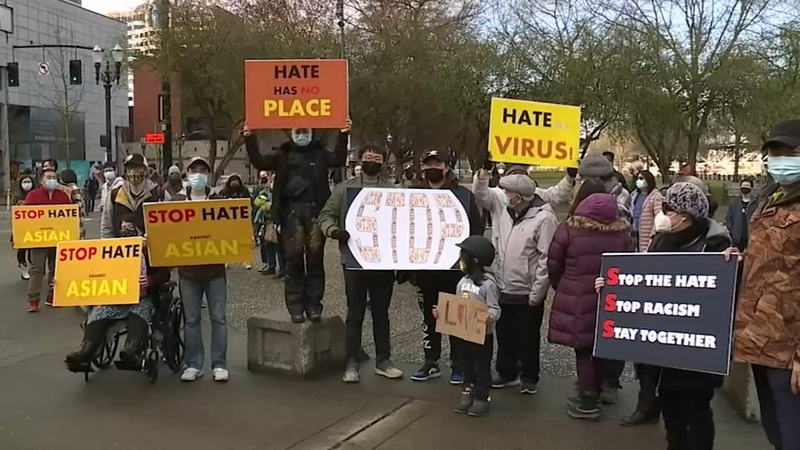 How to be an ally to all marginalized communities

CHAPEL HILL, N.C. (WTVD) -- The fallout of the Atlanta spa shootings has ignited a larger conversation on allyship.

The tragedy even empowered former UNC-Chapel Hill basketball player Kane Ma to speak his truth and raise awareness on hate crimes targeting Asian communities after he was assaulted near campus in 2019.

Kane Ma said the shootings in Atlanta last week didn't sit well with him and they compelled him to share his story.

Following the devastating shootings, Asian American and Pacific Islander students at UNC-Chapel Hill sought support at the Asian American Center on campus. The director of the center, professor Heidi Kim said those students should not have to carry the heavy emotional burden alone.

"An ally is someone who chooses every day to take on the struggle and the problems that other groups are facing. It's not an identity. It's a daily labor," said Kim. "Self-educating is definitely the first step. You don't want to rush in and not know the issue or work already being done in that community. Figuring out places where you can usefully take action helps too. Maybe that's volunteering or maybe that's calling your political representative. It could even be showing up for a vigil or protest."

She says your guide to allyship includes using less of the word 'I' and simply asking how you can support it.

Kim's tips for being an ally:


There is a shared experience between people of color and other marginalized groups who have been othered by society for the color of their skin, native tongue or sexual orientation.

The need for allyship resonates widely and it's often seen in the form of a silent plea or desperate cry for help. Many seek support from those brave enough to stand for what's right.

"Tu lucha es mi lucha; Your fight is my fight," said Eliazar Posada with El Centro Hispana. "And until we really get that, we're really going to be seeing different sides of our community being attacked."