Some say their kids arrive so late, they get marked as absent or they arrive home right as they get home from work at 6 p.m.
WTVD
By Elaina Athans 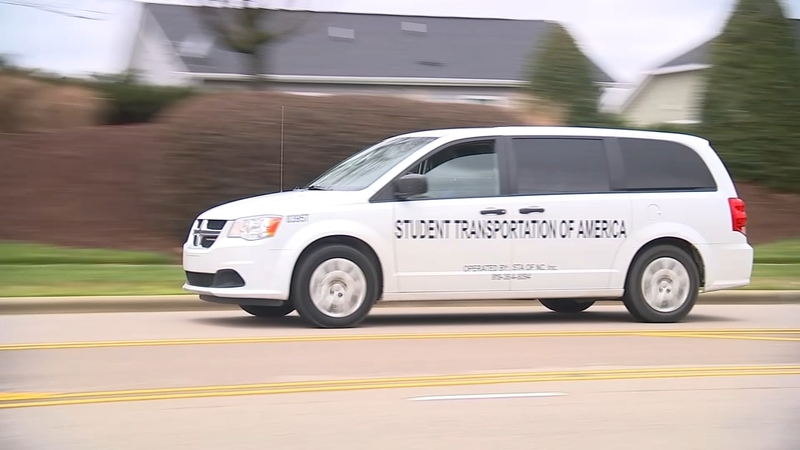 A video was taken of him doing just that inside of one of his classrooms this past Valentine's Day. He's in second grade. His dad says as much as the child loves school, it's been a real struggle getting him there every day.

"Why are we paying for a service that we're not getting. The kids need structure," said parent William Freeman.

He said transportation has been all over the place.

Freeman has gotten home from work around 6 p.m. just as his son was stepping off the bus.

"There's no explanation. No one called. No one told us what's going on," said Freeman.

Freeman said he son has been picked up in the morning minutes after the first bell at school and one day he arrived so late, Aiden was marked as absent.

He has been proactive and uses Wake's new "Here Comes the Bus" app which is supposed to give parents a real-time sense of what's going on.

There were major problems at the start of the school year with the vendor, Student Transportation of America, Wake hired to transport special needs students. That was caused by staffing issues.

The district said for the most part those problems have been resolved and officials will work to do the same for Aiden.

"It is our expectation and our obligation that all students have reliable and safe transportation to and from school. Failing to meet that standard is unacceptable and we're taking steps to rectify the issue," said Wake spokesperson Lisa Luten. "We're working with the vendor, Student Transportation of America, to make changes to the route that will resolve this issue.

Freeman said he just doesn't want to be left wondering or worrying about his child.