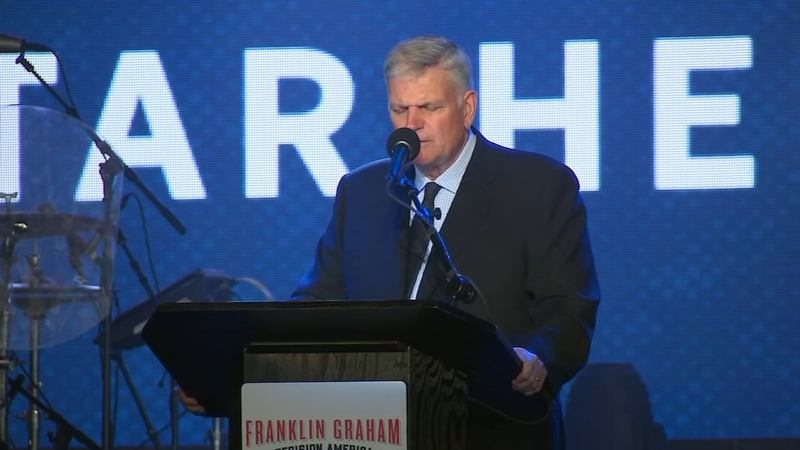 "Father we pray that you bring unity to Washington. We know the enemy wants to bring division. But we know you can bring unity," Graham said during his prayer.

.
Before the event, Graham gave ABC11 commentary on the impeachment inquiry regarding President Trump and the second whistleblower who came forward to the Associated Press earlier on Sunday. Graham calling it all a mess and a distraction.

I spoke to Franklin Graham ahead of his Decision America Tour in Raleigh. His message tonight: hope, prayer and salvation. We talked about that, impeachment, and the whistleblower allegations regarding president @realDonaldTrump. “Washington is a mess” - Franklin Graham @BGEA pic.twitter.com/QRWyvE1sT3

"First of all, I don't think it's his political opponent," Graham said. "It's corruption and remember when the President said when he was running- he talked about draining the swamp. Well, the swamp doesn't want to be investigated. And the swamp isn't just Democrats. It's Republicans too."

More than 7,000 people attended Graham's speech at the Coastal Credit Union Music Park. He is now set to go to Greensboro to continue his tour on Wednesday.

Earlier this week, Graham kicked off the 'Decision America Tour' in Fayetteville.