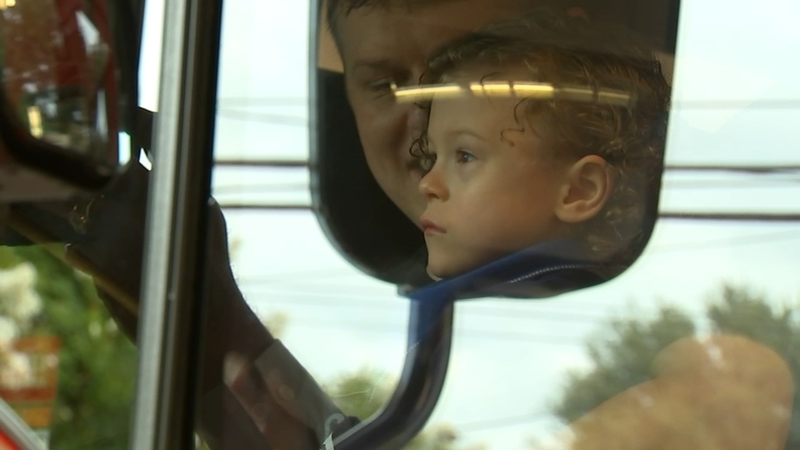 A 3-year-old Wake County boy with a neuromuscular disorder got quite the surprise Saturday afternoon when the Make-A-Wish foundation gave his family a trip to Disney World.

He was one pound, seven ounces," said Embry Davis' mother, Crystal Davis. "And now he's just defeated the odds. He really has, and I'm so proud of him! There's very few things that are appealing to him, and cars and trucks are his go to."

As Embry and his family toured an Apex fire station, you could see the excitement and awe on his face.

The little boy's eyes gleamed as his dad carried him close to the equipment, including fire trucks and a kid sized fire hose. Then, his mom fought back tears as Melissa Weston of Make-A-Wish said, "We are so excited to give this to you, you're such a deserving family! Seven days, six nights in Disney World!"

The parents knew the announcement would be made at this Apex fire station but they had no idea the firefighters had another surprise in store.

"They even bought Embry his own helmet, his own fire helmet. They're not cheap! He will have that for the rest of his life. It'll be a real memory for him," said Jeremy Davis.

"I cannot believe all of this happened! Embry has been through so much, ever since birth, and this is greatly appreciated. Not only Embry, but his other two siblings, because they've sacrificed a lot since his birth."