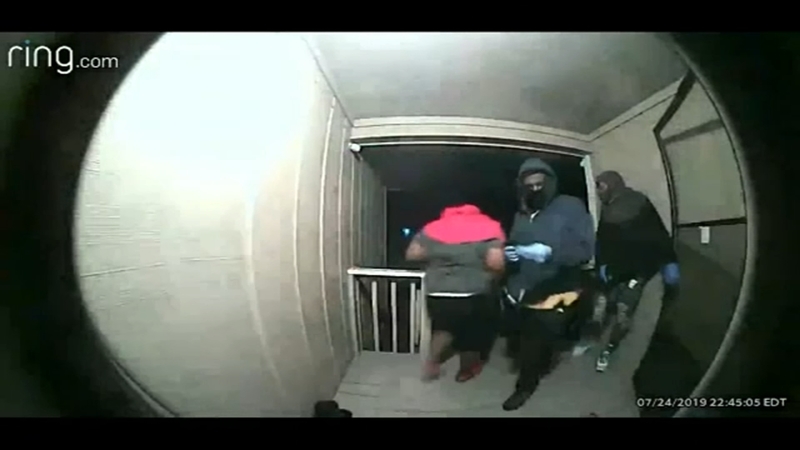 In that incident, four masked men, one with a gun, are seen threatening a man bleeding from his head.

"I (saw) them robbing him. They were trying to kill him. So I immediately slammed the door closed, and I have a safety stick. I put that under the door. I ran to the back, and when I ran to the back, I just jumped out the window," the victim's fiancee told dispatch.

There were two 911 calls - one lasted just under two minutes, the second lasted about eight minutes.

"Somebody broke into my house," she exclaimed.

The robbers smashed the Ring doorbell as they left the scene, but the video of the attack had already been captured. It was uploaded using the Neighbors app, which Fayetteville police partnered with earlier this year.

The fiancee and two young children inside the home were unhurt, after they were able to escape to a neighbor's home.