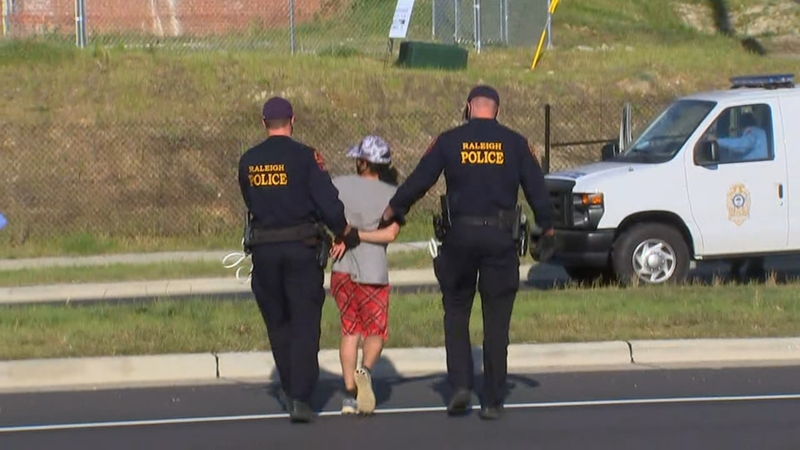 Raleigh Police said on social media that "pedestrian and vehicle interference are misdemeanors" and asked demonstrators not to do anything that would impede the flow of foot traffic on the sidewalks or vehicular traffic in the streets.

The demonstrators first gathered Monday night, calling for Gov. Roy Cooper to veto Senate Bill 168, which was passed almost unanimously by Democrats and Republicans in the General Assembly. Though it mostly contains language about health regulations and psychiatric care, two lines in the bill gave some cause for concern.

The part of the bill in question would keep the results of investigations of deaths in police custody or in prison confidential until the medical examiner's office is finished with their analysis. While legislators and officials said the language is intended to streamline the investigation process, protesters said they felt the legislation could make it difficult to hold law enforcement officers accountable for those deaths.

"Not only do we feel fearful of the police, we don't trust the police, and if we were behind bars and something were to occur, all that information is private," one demonstrator said Thursday night.

In total, 14 people had previously been arrested during the demonstrations. Four people were arrested Tuesday after police said they spray painted the street. Ten people were then arrested Wednesday. According to the Raleigh Police Department, they were arrested for "impeding traffic."
EMBED More News Videos

For the third night, demonstrators continued to block the street outside the Executive Mansion in Raleigh.