1 dead, 2 others injured when van slams into back of box truck in Durham 1 dead, 2 others injured when van slams into box truck in Durham

DURHAM, N.C. (WTVD) -- A Raleigh man is dead and two others were injured when a van slammed into the back of a box truck on Saturday morning.

The crash happened around 8:15 a.m. Durham police said a van crashed into the back of a box truck along Guess Road. According to police, the box truck had its hazard lights on and had stopped to make a delivery.

Lashawn Daniel Jones, 43, of Raleigh was standing outside of the box truck and was struck by the van. He died a short time later.

A coworker was in the cargo area of the box truck when the crash happened. He was taken to the hospital for treatment of minor injuries.

The driver of the van, Christopher Weathers, of Rougemont was taken to the hospital with minor injuries. Weathers was cited with misdemeanor death by vehicle and failure to reduce speed to avoid a collision. Tesla bursts into flames after crash in Houston, killing 2 Motorcyclist killed in collision with cement truck in Wake County 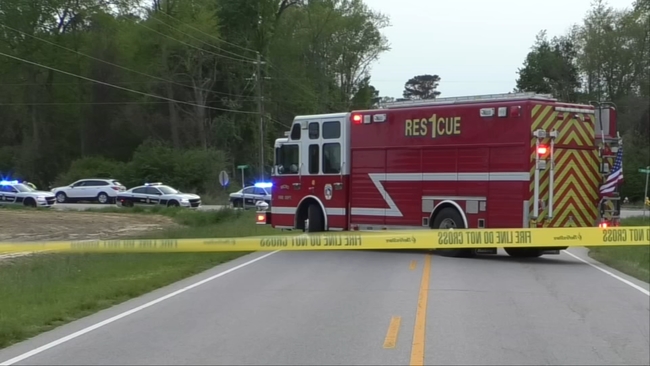