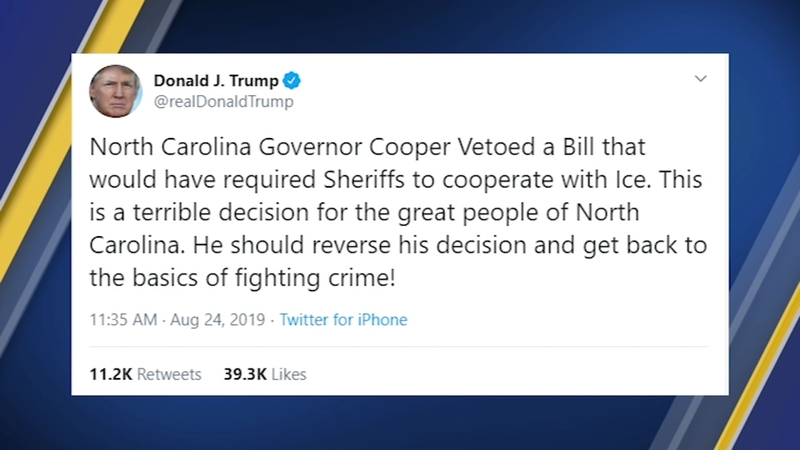 In a tweet, President Trump criticized Gov. Roy Cooper's veto of House Bill 370 -- which would have forced local law enforcement to cooperate with ICE detainment requests.

North Carolina Governor Cooper Vetoed a Bill that would have required Sheriffs to cooperate with Ice. This is a terrible decision for the great people of North Carolina. He should reverse his decision and get back to the basics of fighting crime!

"This is a terrible decision for the great people of North Carolina. He should reverse his decision and get back to the basics of fighting crime," said President Trump in a tweet Saturday morning.

Cooper defended his decision Saturday night while speaking at the 84th Founders Banquet.

"North Carolina is a welcoming state. We are not going to tolerate discrimination. We want to make sure we send that message out across this country and across the world. And that is why I vetoed this House Bill 370. We have to depend on these legislators to hold it," Cooper said.

RELATED: Relief from one side, anger from the other as Cooper vetoes ICE bill