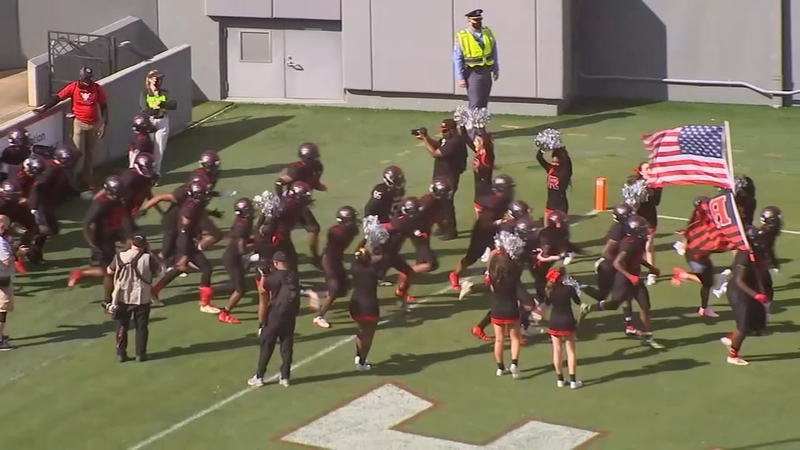 MVP Austin Grier threw for 200 yards and three touchdowns to lead the Cougars. Grier sealed the MVP award with a pair of third quarter touchdown passes to Asuani Allen to push the lead out to 35-14 heading into the third quarter.

Grier sealed his MVP award with a pair of third quarter touchdown passes, both to Asuani Allen to push the Vance lead out to 35-14 with 3:03 to go in the third quarter, before the Vance offense watched their crushing defense bring things home in the fourth.

The Vance offense rushed for 331 yards and two scores in the game, as the Cougars racked up 531 yards of total offense in the win.

Vance wins the 4AA state title game over Rolesville 35-14. Rams still have a lot to be proud of making it to the school's first title game since opening in 2013. @ABC11_WTVD

The Cougar defense held the the Rams to just 67 yards of total offense in the game.

Just two minutes into the game, Grier hit Armon Wright for a 59-yard score just two minutes into the game. Rolesville answered, punching back with a touchdown of their own on a 13-yard pass from Byrum Brown to Noah Rodgers with just over six minutes left in the opening quarter. Rodgers racked up Most Outstanding Offensive Player for Rolesville, picking up five receptions and 69 yards to go with his two scores.

The Cougars snatched back the lead just before halftime when Dylan Smothers dashed nine yards to cap a 12 play, 80-yard drive. He ran for 97 yards on just 12 carries, bringing home Most Outstanding Offensive Performer.

Despite a difficult assignment trying to contain the Vance players, the Rolesville defense performed well in the first half. Jacorrey Bible finished the game with 17 tackles. He was named Most Outstanding Defensive Player for the Rams.

“We’re going to watch them get their first place trophy because when we come back here next year that’s going to be us.” @ABC11_WTVD @RolesvilleRams pic.twitter.com/urz4dWwEK6