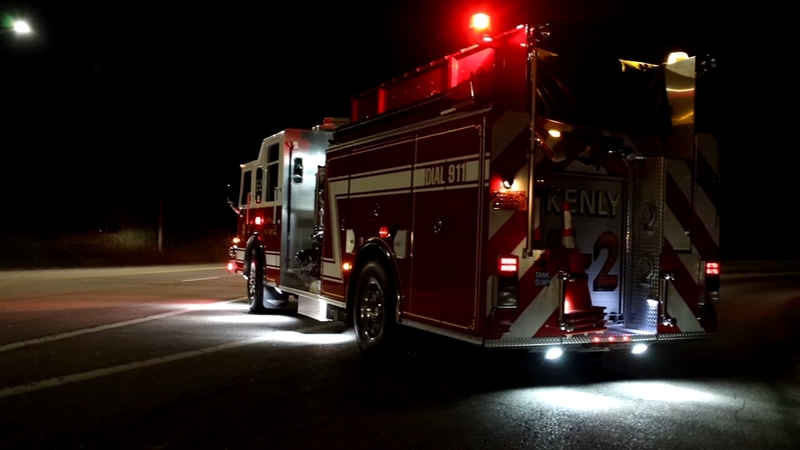 KENLY, N.C. (WTVD) -- A high-speed chase out of Nash County ended in Kenly when the suspect crashed into a tractor-trailer and ran inside a hotel to hide.

Eventually, StopSticks forced the suspect, later identified as Nazeer Dijon Vick, to lose control of his vehicle and crash into the side of a tractor trailer near the 105 mile marker.

Vick then jumped out of his car and ran inside the nearby Red Roof Inn on Johnston Parkway in Kenly.

Officers searched the hotel and eventually found Vick hiding inside one of the rooms. He was taken into custody along with 143 grams of cocaine, 78 grams of fentanyl, 269 grams of marijuana and a loaded .357 revolver.


Vick faces drug trafficking charges along with several traffic violations. He was issued a secured bond of $1,020,000.