Authorities have released the names of two men killed in a shooting rampage at a video game tournament in Florida. They said that suspect David Katz bypassed others in order to specifically target the victims.

JACKSONVILLE, Fla. -- A suspect and two others are dead after a shooting at a downtown Jacksonville restaurant that was hosting a video game tournament, according to authorities. Nine additional victims were shot and injured, and two victims had other injuries.

Authorities believe 24-year-old David Katz of Baltimore is the suspect in Sunday's shooting. The suspect specifically targeted other gamers before turning the gun on himself, authorities said. The two men who were killed have been identified as Taylor Robertson White, 28, and Elijah Clayton, 22.

Investigators said that Katz carried out the shooting after going to his car to retrieve two guns which he bought legally in Baltimore.

A TIMELINE OF EVENTS ON SUNDAY

First responders were called to the scene at GLHF Game Bar in Jacksonville Landing, an outdoor mall complex on the St. Johns River, at 1:34 p.m. local time, and officers arrived on the scene within two minutes. The shooting took place at a sanctioned "Madden NFL 19" competition, according to video game company Electronic Arts, which produces the Madden franchise.

The competition was streamed online; viewers could watch the games on the internet and see the players. Investigators were looking into online video that appeared to capture the scene right before the shooting began, Williams said.

One clip from a livestream shows a red dot, presumed to be a laser, on a player's clothing. ABC News later identified that player as Elijah Clayton, who died in the shooting.

Additional video from the live stream appeared to show what sounded like gunfire ringing out before the stream abruptly ended.

A witness told local television station WJXX that the shooting started after an argument over the tournament. ABC has not been able to independently verify that claim.

WHAT WE KNOW ABOUT SUSPECT

Court records obtained by The Associated Press show that Katz had been hospitalized for mental illness.

Divorce filings from his parents say that as a teenager he was twice hospitalized in psychiatric facilities and that he was prescribed anti-psychotic and anti-depressant medications.

The records show Katz's parents disagreed deeply on how to care for their troubled son. Katz's father claimed his estranged wife was exaggerating symptoms of mental illness as part of the couple's long-running and acrimonious custody battle. They divorced in 2007.

Investigators have found the suspect's vehicle and say he stayed in the area the night before. The FBI searched a south Baltimore home on Sunday evening belonging to Katz's father, the Associated Press reports.

Chief Mike Williams with the Jacksonville Sheriff's Department just revealed that David Katz was armed with two firearms - a .45 caliber, a 9mm and extra ammo when he committed Sunday's shootings. He only used one of those firearms in the shooting though, and it was outfitted with an aftermarket laser sight. ATF agents said Katz legally purchased both weapons within the month of August in Baltimore from a licensed dealer.

There is video surveillance from inside the restaurant that reveals Katz targeted the gamers and then took his own life.

Authorities have searched his hotel room and retrieved items from it but did not reveal what hotel he stayed at on Saturday night. They don't know yet if Katz traveled to Jacksonville alone or with someone else.

There is no indication that he planned this attack before he committed it on Sunday. So far, they have found no notes from Katz.

EA Sports' website listed a player named David Katz as a 2017 championship winner. A fellow gamer on Monday described Katz as "kind of different" to the Associated Press.

Shane Kivlen, a fellow gamer whose best friend was killed in the shooting, said Katz was smart "but something was off about him."

Kivlen said Katz did not communicate much with other gamers, either online or face-to-face at competitions.

RELATED: What we know about David Katz

Police identified one of the victims Monday as 28-year-old Taylor Robertson White of Giles, West Virginia.

Calabasas High School in Southern California said it learned that a former football player is also among the two people who were gunned down. The former student is Elijah Clayton.

The school's football team tweeted that it sends "love, condolences, and deepest sense of sorrow to Elijah's Family and Friends."

On EA Sports' website, Clayton is said to be consistently one of the best in competitive Madden.

REACTIONS FROM THE GAMING COMMUNITY, POLITICIANS AND BEYOND

Multiple members of the online gaming community stopped playing on the live-streaming service Twitch to react to reports of the shooting. "I'm not playing right now. This is too upsetting," gamer WalkerCLE said.

The NFL, which licenses its teams and players to EA for the Madden franchise, said in a statement that it was "shocked and deeply saddened" by the shooting: "Our hearts go out to all those affected. We are grateful for the first responders immediately on the scene. We support our partners at EA Sports and will continue to monitor developments with local law enforcement."

"No one deserves to die over playing a video game, you know?" said "Madden" competitor Derek Jones, 30, of Santa Fe, New Mexico. "We're just out here trying to win some money for our families and stuff."

Politicians and others reacted to the shooting on social media.

On Monday, the CEO of Electronic Arts released a statement saying that the gaming company would be canceling three events "while we run a comprehensive review of safety protocols for competitors and spectators." 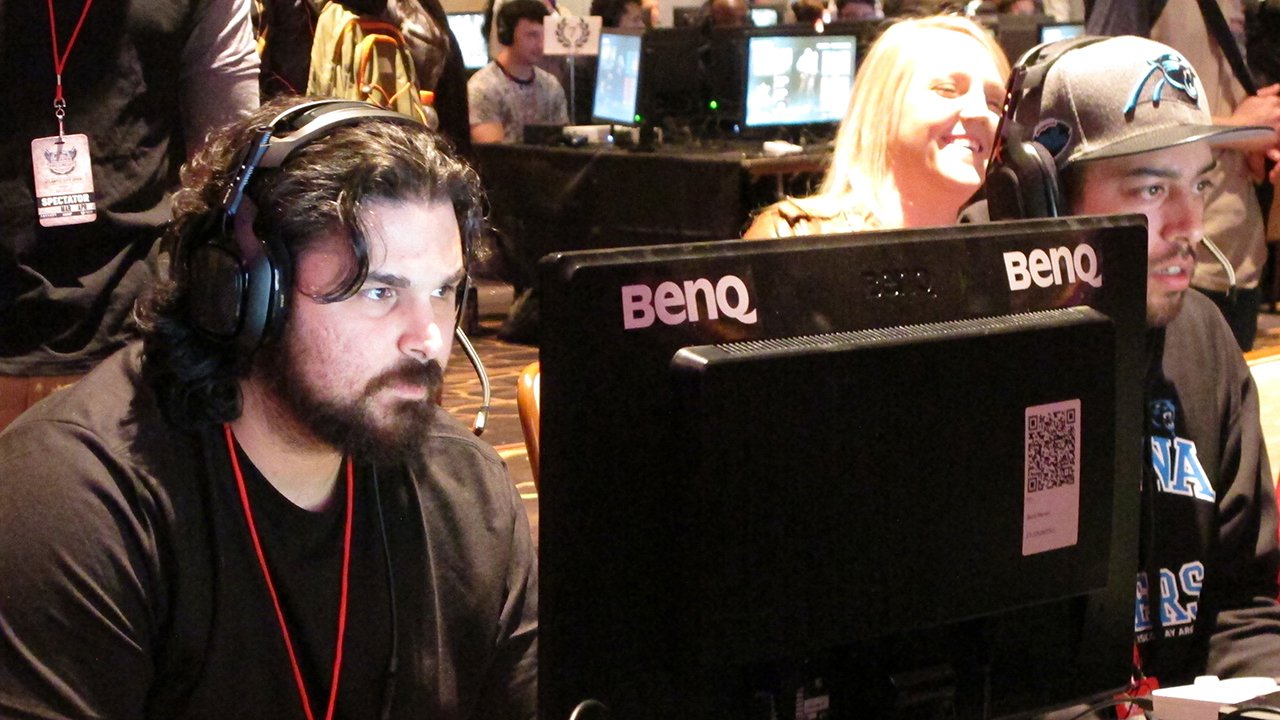 What are competitive gaming eSports tournaments?