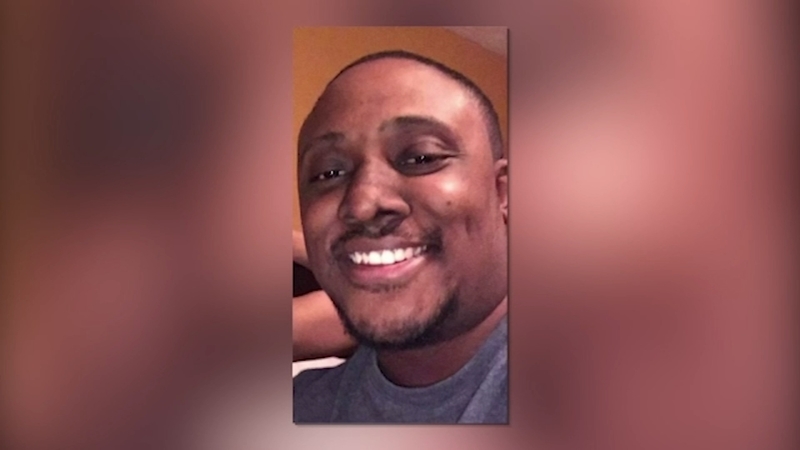 Walker, 37, was involved in an altercation with an off-duty law enforcement officer on January 8.

One of the witnesses was Walker's father. He said Walker ran out of the yard, jumped on the off-duty officers' truck, ripped off one of its windshield wipers and used it to hit the truck's windshield.

Walker's father said that's when the driver of the truck, later identified as Cumberland County deputy Jeffery Hash, jumped out of his truck and shot Walker.

SEE ALSO: 911 calls released in case of off-duty deputy who shot, killed Jason Walker in Fayetteville
The medical examiner's autopsy found four gunshot wounds on Walker's body: one on his head and neck, one on his back, one on his torso and one on his left thigh.

"My reaction was - I'm going to be honest with you. It was anger," said activist Myah Warren, who is running for City Council.

"Definitely because the amount of times he was shot and where he was shot, it's in my opinion, I'm going to use the word 'overkill', it was 'overkill.' Because when you fire the shot into his back, just that shot alone, he was no longer a threat to you," said Myah Warren, an activist running for City Council.

The autopsy noted that Walker had some small cuts on his arms and a bruise on his left shoulder, he had no significant natural disease and was not under the influence of alcohol or drugs.

The autopsy does not determine which order the shots were fired.

In a statement following the release of the autopsy and toxicology results, Walker family attorney Ben Crump wrote:


"The information in this official autopsy report confirms what we already knew - that Jason Walker was killed unjustly in cold blood by off-duty deputy Jeffrey Hash. This is clearly excessive. According to the autopsy, Hash shot Jason four times, including shots to the head, back, and heart. A trained law enforcement officer knows that shooting someone that many times and in those parts of the body is shooting to kill. Jason should still be alive today. We will continue to push for transparency from the North Carolina State Bureau of Investigation and the family of Jason Walker is demanding murder charges be filed against Hash by the North Carolina Conference of District Attorneys."

Jeffrey Hash's attorney, Parrish Daughtry, said she was limited in what she was allowed to state regarding the case, though noted this revolved around a statute of defense of self and motor vehicle.