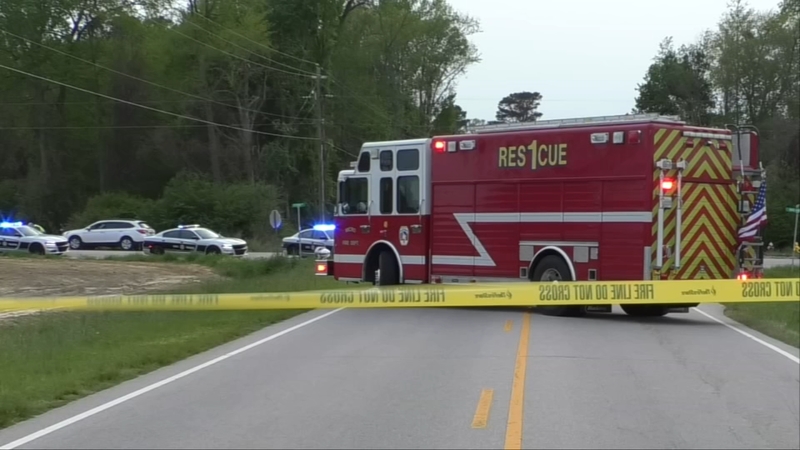 MICRO, N.C. -- The driver of a motorcycle was killed and their passenger was hospitalized after colliding with a pickup truck on Wednesday afternoon.

Just before 6 p.m., the North Carolina State Highway Patrol responded to the crash along Highway 301 at Pittman Road near Micro.

Authorities said a pickup truck failed to stop at a stop sign and went into the path of a motorcycle carrying two people. The driver died at the scene and a woman was taken to the hospital with serious injuries. The driver of the pickup was not injured.

Troopers at the scene of the crash told newsgathering partners at the Johnston County Report that charges are pending.