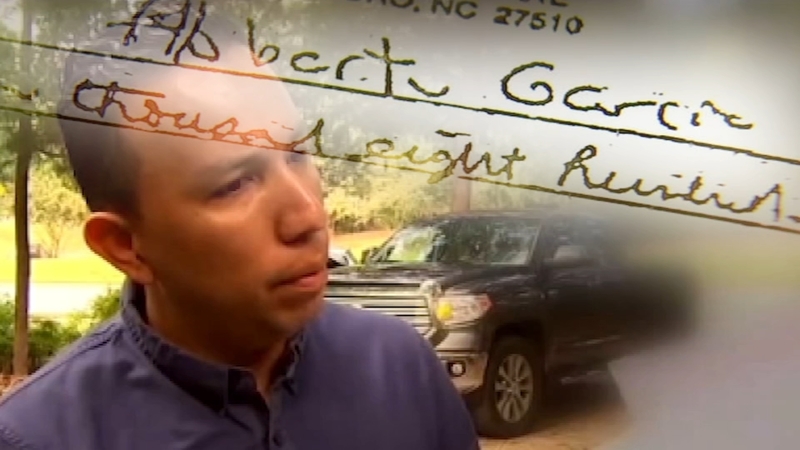 CARRBORO, N.C. (WTVD) -- Criminal charges continue to stack up against Jorge Alberto Garcia, the unlicensed contractor at the center of a Troubleshooter Investigation.

The latest charges involve a homeowner in Carrboro.

Not only is Garcia charged with obtaining property under False pretenses and failure to work after being paid, but Garcia's wife, Helen Flores, is also charged in connection with the case. 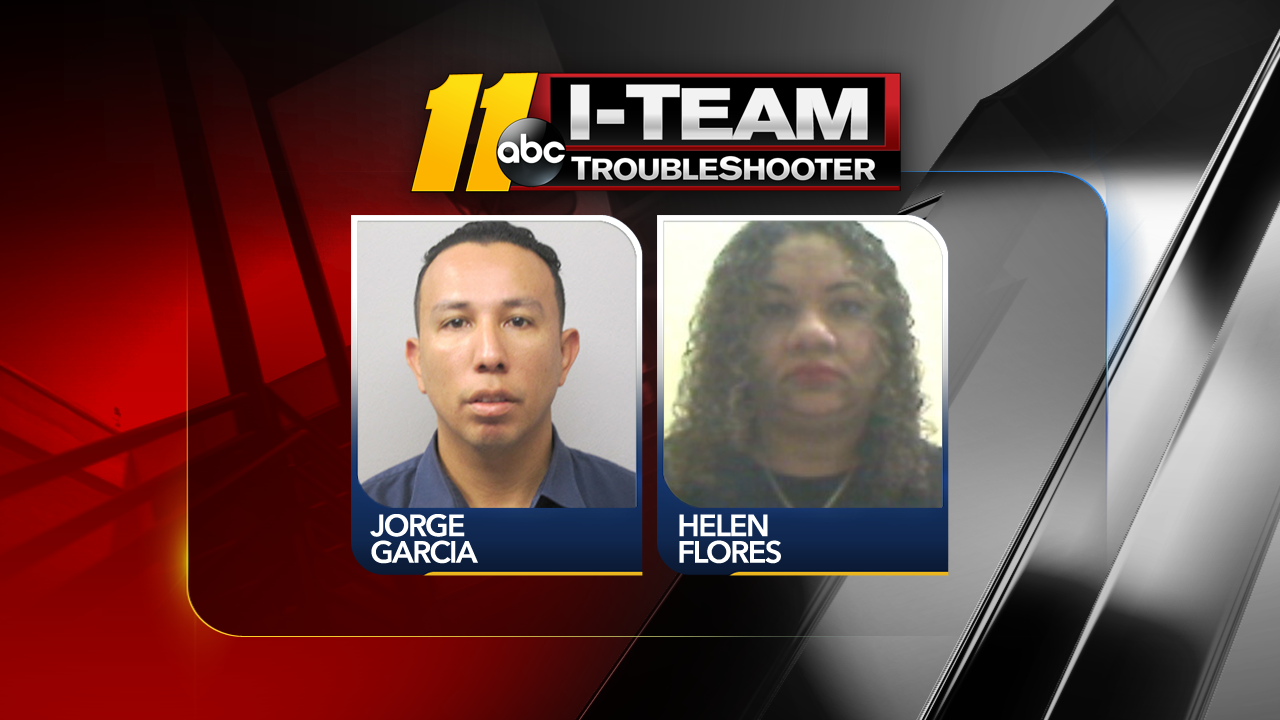 The charges involve the work that Carrboro homeowner Curt Torell said was not done at his home.

"Don't be stupid like I was," Torell said. "Don't have this guy do work for you."

'FELL RIGHT INTO THIS TRAP'

Torell said Garcia showed up at his home one day.

"He was just driving by the neighborhood, offered to do the roof, to just clean out the pine needles, thirty dollars," Torell said.

That $30 job quickly ballooned to so much more as Garcia said there was more work to be done.

"He mentioned about the chimney that needed to be done; he was going to paint the whole thing. He was going to do all this work on the windows, glazing, caulking, replacing these two windows," Torell said.

The job got so big that Torell ended up paying Garcia more than $25,000 to do the work. He paid Garcia in three separate checks, two of those checks were made out to Garcia's wife.

Torell said Garcia told him to do that since she's the one that handles the account and pays the laborers.

He went online and did some research, and that's where he found several ABC11 stories showing Garcia's customers who are still owed money for jobs he never finished for them. Also, how Garcia is facing several criminal charges when it comes to taking money for jobs and not completing the work.

Torell said that as soon as he told Garcia he contacted the Troubleshooter, he got his attention.

A FAMILIAR FACE TO TROUBLESHOOTER

Garcia sent several text messages to Torell that indicated he wants to pay Torell back, and in one text even sent a picture of a $12,000 check that he said he would drop off. But Torell said Garcia hasn't paid him a dime back of the money promised.

"I trusted somebody. I had faith in them. I fell for it," Torell said. "I've been kicking myself ever since. It's affecting me physically, emotionally."

We tried to track down Garcia and his wife. The address Garcia lists for his new business led us to a Mexican restaurant in Durham, a restaurant Helen Flores owns.

Neither Garcia nor Flores were in, but a worker did get her on the phone. She would not answer any questions; she just directed me to Garcia's attorney, who also won't comment.
As for Torell, he said it's tough to realize he may never see any money back. But that's not stopping him from trying to stop Garcia.

"I don't want him doing what he has done to me to other people," Torell said.

The question Torell, and many others have, is how can Garcia keep doing this?

The more than a dozen criminal charges that Garcia is facing are working their way through the justice system.

Likewise with the state's Licensing Board of General Contractors as it tells the Troubleshooter its investigation is also working its way through the court system.

The bottom line, before hiring anyone, you need to do your research. In this case, Torell did that research, but it was too late as he had already handed over all of that money.
Report a correction or typo
Related topics:
nctroubleshooterhome improvementscamsfinancehomeownersconsumer concerns
Copyright © 2022 WTVD-TV. All Rights Reserved.
TROUBLESHOOTER
New scam tries to use your phone number to fleece others
Homeowners fed up with paying $600 a month for internet
Scams targeting businesses' inboxes, total $2.4 billion loss in 2021
Troubleshooter helps bring closure to grieving widower
TOP STORIES
1-year-old dead after being left in hot car in Mebane
'Iconic' Raleigh Char-Grill to be redeveloped for 20-story high rise
Hospital admissions more than triple around July 4th holiday
Planned Parenthood Raleigh reporting an influx of out-of-state clients
Activists call for arrest of Raleigh woman in Emmett Till case
Filipino American Performing Artists of NC hosts free workshop
ESSENCE Festival descends on New Orleans to celebrate Black culture
Show More
'Miracle baby' improving thanks to last-minute treatment
12-year-old, mom badly burned in science experiment explosion
Disney Wish packed with endless amounts of Disney magic for all
Tropical Storm Bonnie forms in Caribbean Sea
Flight delays, cancellations worry some travelers
More TOP STORIES News