CHAPEL HILL, N.C. (WTVD) -- Homeowners across the Triangle say they are out hundreds of thousands of dollars and an unlicensed contractor is the man accused of running off with their cash. We first told you about Jorge Alberto Garcia of J&J Home Improvements in December of 2015. It was then, he took on a job in Durham for more than $30,000 and did not finish it. At that time, Garcia was not licensed to do that kind of work, and after our story the North Carolina Licensing Board for General Contracting investigated and the court issued a consent order where Garcia would not continue to take on jobs he's not licensed to do

Now, new families are coming forward saying he's back at it.

Peter and Claudia Crassweller hired Garcia to do work on their Chapel Hill home in 2017. Garcia agreed to a long list of repairs including remodeling two bathrooms, sealing cracks inside their home and painting some of the interior rooms. Work also included replacing exterior siding, painting the exterior of the home, new gutters, along with other items.

When the Crassweller's first hired Garcia they paid him $37,000 to do the work as they said he kept saying he needed money for materials and it appeared work was progressing. Shortly after paying Garcia all of that money, they said he also asked for a loan for $27,000.

"He asked for a loan and we did. Why we did that, I don't know," Claudia Crassweller said. She added they fell for Garcia's charming side as he would call them mama and papa, and always say the right things to make it seem like it would be OK. Garcia stayed on the job, but the Crassweller's said Garcia and his crew stopped showing up consistently and work was not progressing. Claudia said, "He just doesn't show up and he makes promises." The said they lived in a construction zone for months as Garcia wasn't finishing the work.

"We are just done with his promises, as he doesn't follow through," Claudia added.

I got involved and caught up with Garcia at the Crassweller's home in October. He said he is working to pay the Crasswellers the money he owes in installments of a few hundred dollars at a time. He also claimed he had finished all of the work on their home, but when we took a look inside the Crassweller's home we showed Garcia a lot of the work and repairs remain unfinished including a bathroom Garcia gutted and started to remodel but hasn't touched in months.

"We have these raw wires, none of the outlets are in place, no vanity, no sink," Claudia Crassweller said. 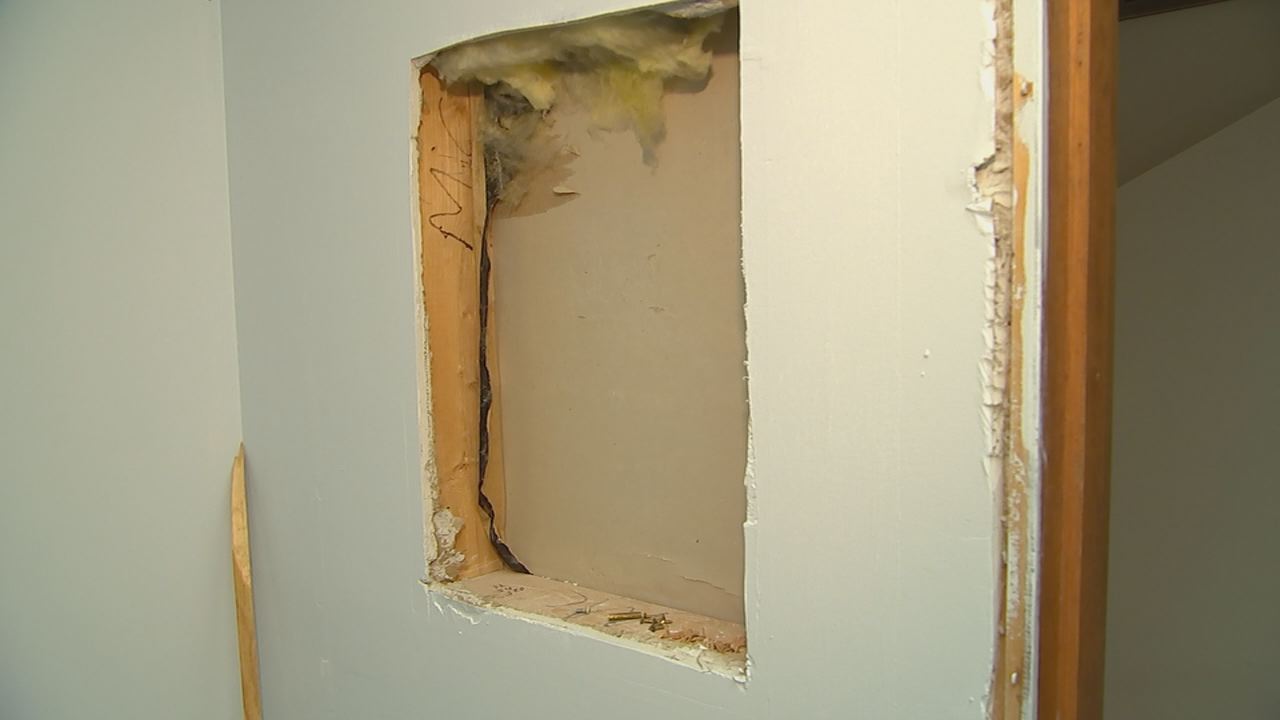 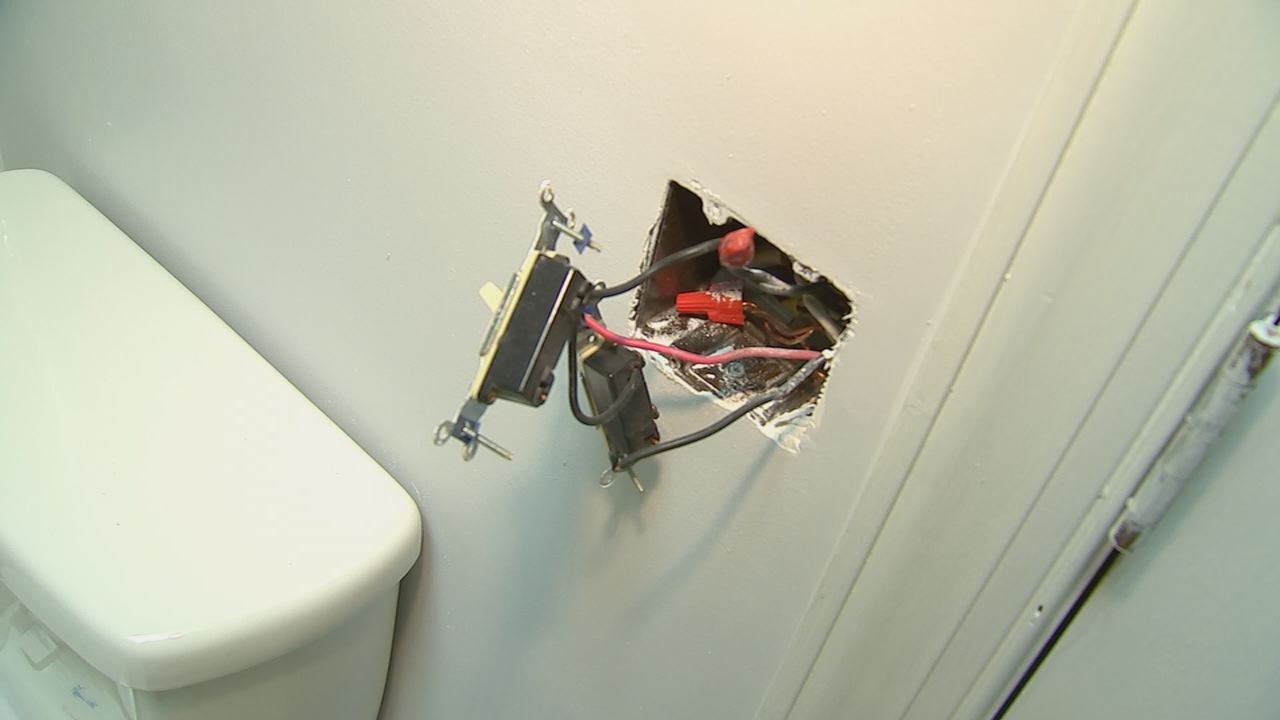 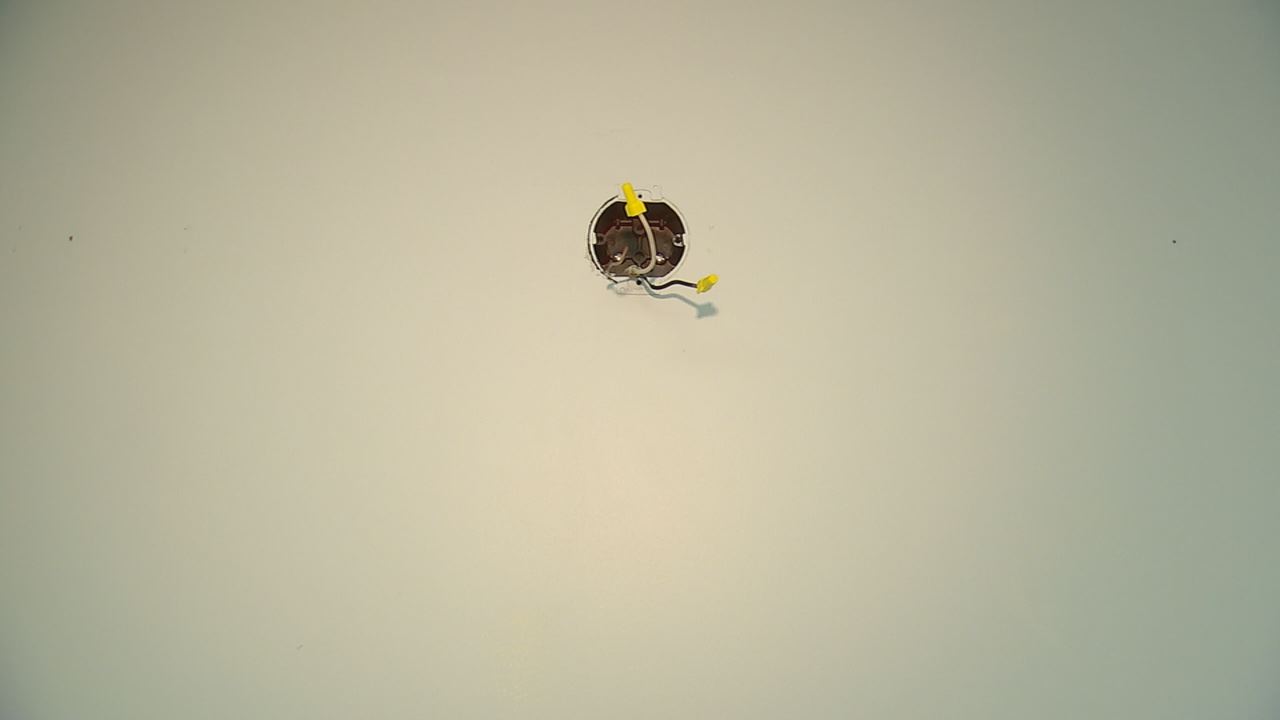 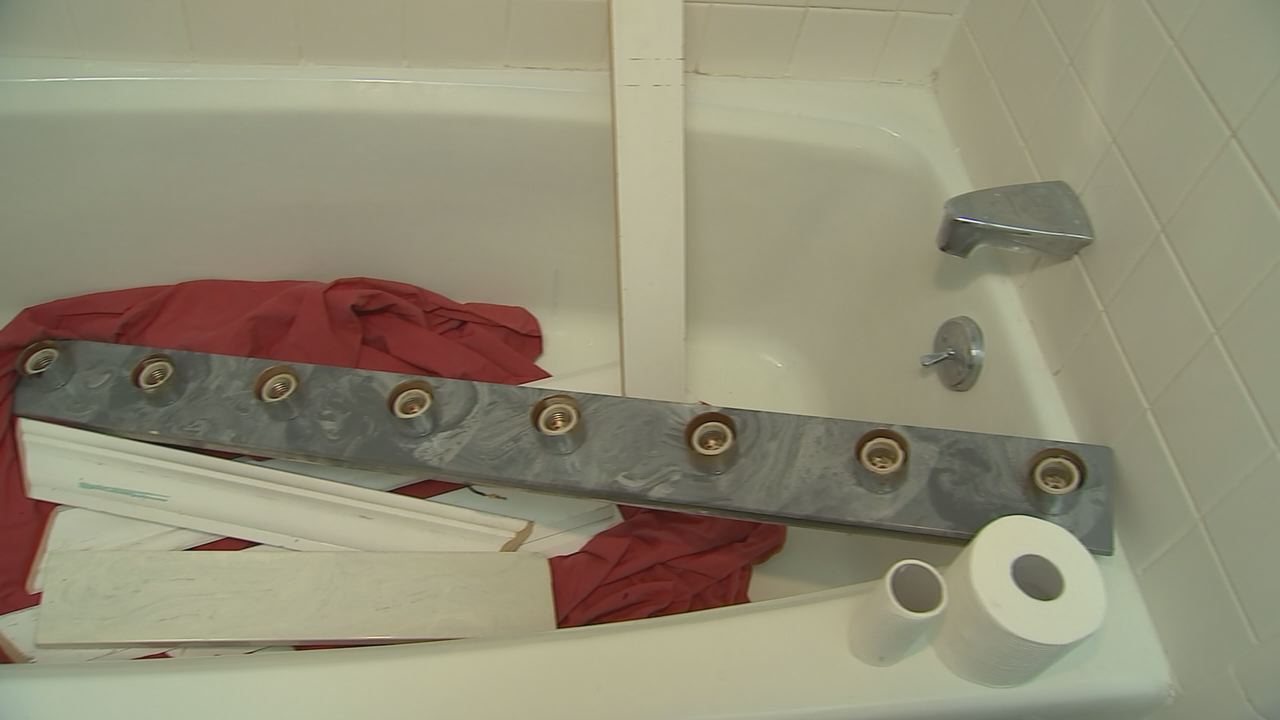 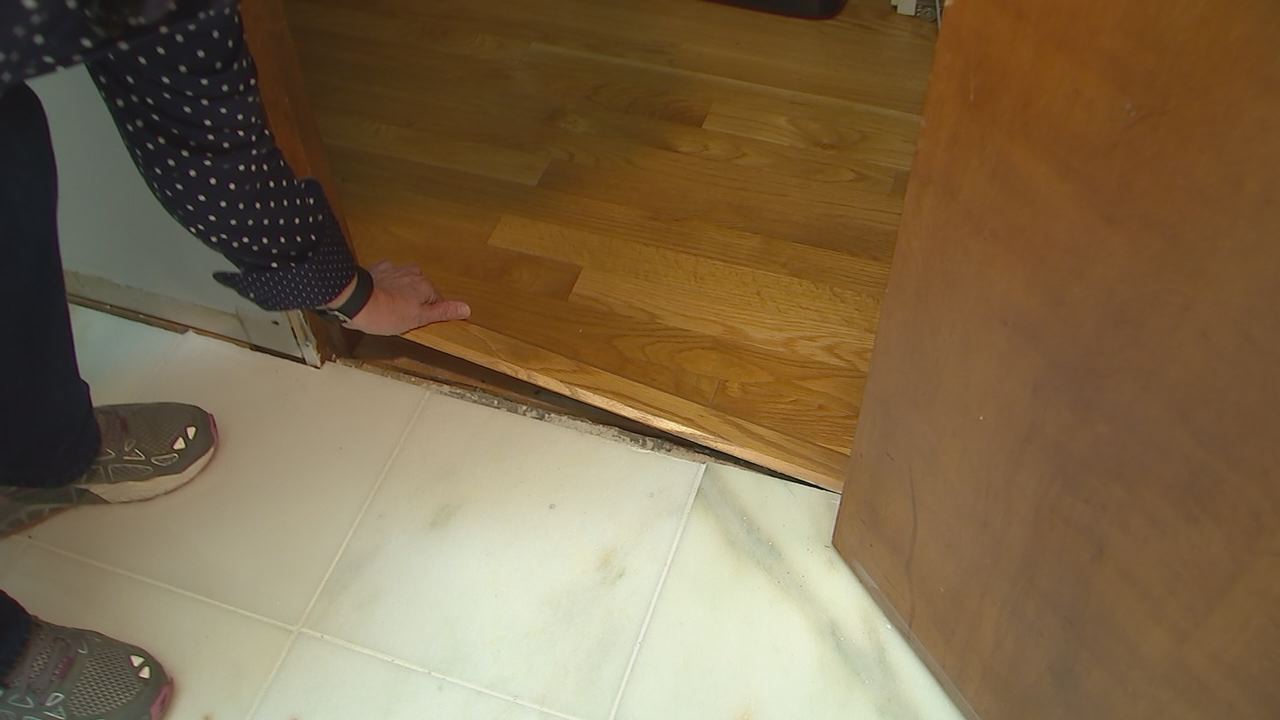 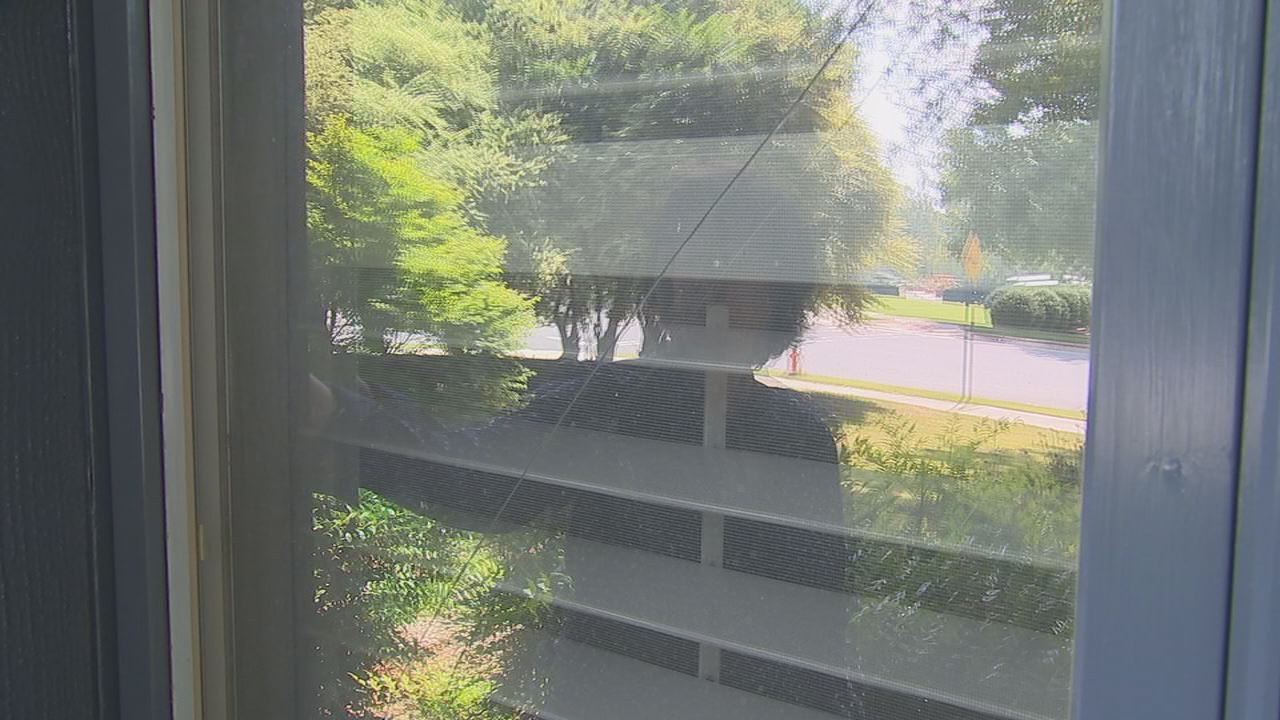 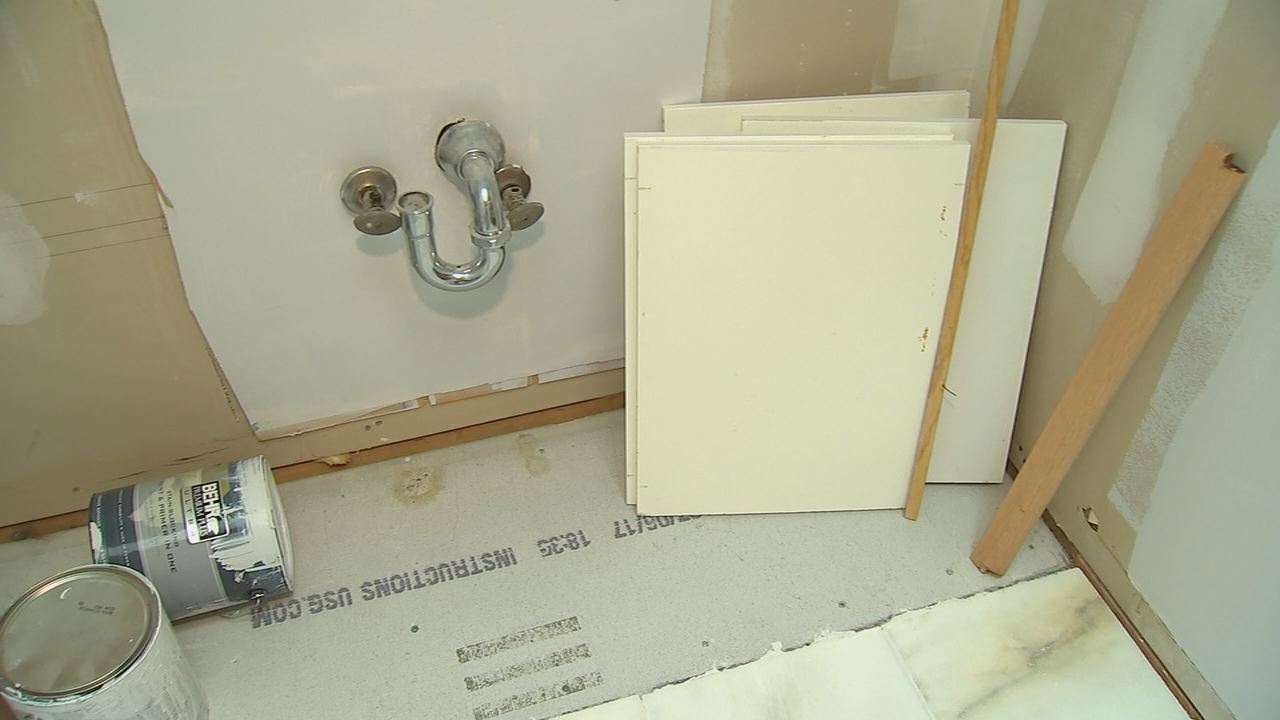 While Garcia is working to pay back the Crasswellers, another family reached out to me saying Garcia took advantage of their 75-year-old mother.

"In the course of three months, my mom wrote about 10, 12 checks equaling over $250,000," John Saitta said. Saitta says Garcia did do work at his mother's home in Durham from October-December but a licensed contractor estimated the job should have only cost $45,000.

"He took, more money from my mom than the home is worth relative to the estimated tax value here in Durham County," said Saitta. He believes Garcia took advantage of his mother, so he went to police. Durham Police Department confirms it is looking into the matter but say charges have not yet been filed.

When I asked Garcia about this job, he admits he got $262,000 for it and said there were no problems with the work he did for Saitta's mother.

"Everything is completed and finished and she was very happy," Garcia said. He said there is only a problem now that he completed the work and her son got involved. When I asked him exactly what work he did on the home, he said everything and sent me pictures showing some of the completed work like a pergola, outside brick walkway, repair work to the exterior of the home, and new hardwoods inside the home.

When I questioned him if he pulled any permits on the $262,0000 job, he said no. Garcia said he would provide me with receipts that show the cost of materials and labor but he has not sent that paperwork to me yet. He admits he never had a contract for this job and he also admitted he's not licensed to do any work more than $30,000.

"That's right, I need to get a license to do the work," said Garcia.

In North Carolina, contractors must be licensed to do any work valued at more than $30,000. You can check a contractor's license status on the state licensing board website. Since a consent order is in place where Garcia agreed to not take on any jobs he's not licensed to do, the North Carolina Licensing Board for General Contracting said it has opened an investigation because of our new story involving Saitta's mother's job.

The best advice is if you are getting any work done to your home, research the person or company you are hiring before agreeing to anything. In this case, a simple Google check would bring you to the last story we did on Garcia. Also, never pay large amounts of money up front for work to get started, that's a big red flag. Also before paying any money, get everything in writing with what work will be done and a timeline for that work to get completed. Lastly, it's crucial to make sure the contractor is licensed if the work is more than $30,000.