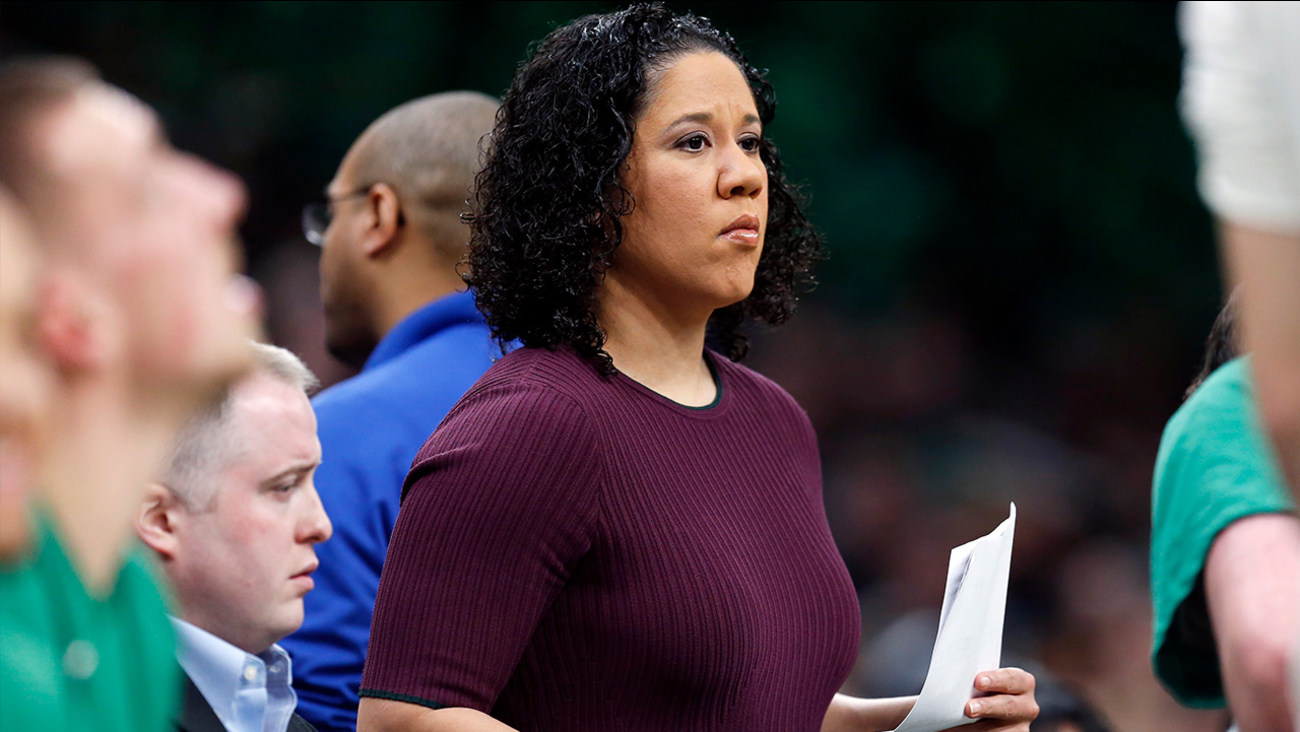 Boston Celtics assistant coach Kara Lawson during the first half on an NBA basketball game against the Toronto Raptors in Boston, Saturday, Dec. 28, 2019 (Michael Dwyer)

The Blue Devils made it official this afternoon hiring the 39 year-old to replace Joanne P. McCallie, who resigned last week.

She's the fifth coach in program history and first Black woman to get the job.

"I am delighted to welcome Kara Lawson to Duke as our next women's basketball coach," Duke President Vincent E. Price wrote in a statement. "Kara has proven herself as a skilled coach and a committed mentor, whose passion for education is demonstrated by her service on her alma mater's board of trustees. I am thrilled that she will be bringing these talents to Duke, and I know that she will support the continued success of our women's basketball student-athletes both on the court and off."

She won a WNBA championship with Sacramento and Olympic gold in Beijing in 2008.

A year ago, the Boston Celtics hired her as an assistant coach. Before that, she worked as a television analyst on both college and NBA broadcasts.

Lawson takes over a Duke program that has been fading in recent years.

The Blue Devils missed the NCAA Tournament in 2016 and haven't won a league title over the last seven seasons.