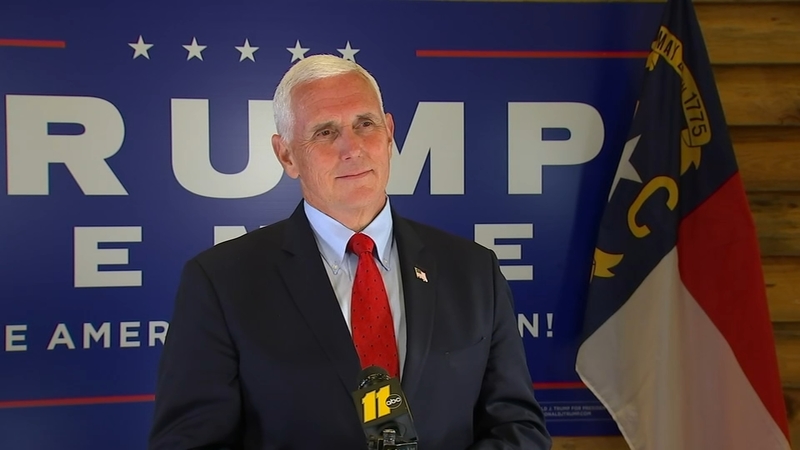 KINSTON, N.C. (WTVD) -- With just over a week until the election, Vice President Mike Pence visited North Carolina for a planned rally one day after President Donald Trump.


On Saturday, sources told ABC News that Marc Short, Chief of Staff to the Vice President Mike Pence tested positive for COVID-19. A statement from the vice president's office said he will maintain his schedule in accordance with the CDC guidelines for essential personnel.

The Vice President's visit is the third by the Trump/Pence campaign in as many days. Friday, the president's son Eric Trump attended an "Evangelicals for Trump" event in Raleigh. Saturday, the president himself delivered remarks in Robeson County at the fairgrounds.

Early voting is well underway in North Carolina, and in Lenoir County, where Pence will visit, more than 42% of the county's voters have already cast their ballot.

Did you experience issues while at your polling site trying to vote? Tell us about it here.
Pence last visited North Carolina for a rally in Selma where he touted the president's economic success and his support for law enforcement.