Optimism high as bars, restaurants in the Triangle prepare for St. Patrick's Day 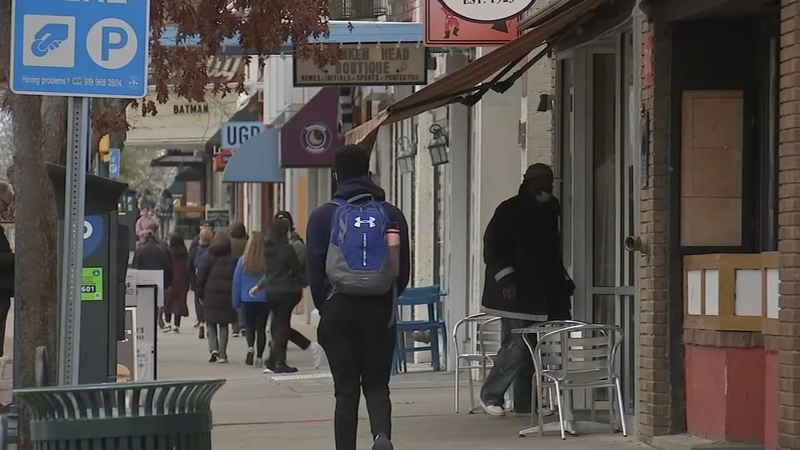 RALEIGH, N.C. (WTVD) -- The Saint Patrick's Day Parade in Downtown Raleigh is one sign the Capital City is making its comeback.

"We're excited," said Wes Alexander, general manger of the Hibernian on Glenwood South. "Everybody is very excited. Everything is getting close to being back to normal."

Glenwood Avenue will be closed Saturday in front of the bar so bag pipes, beer tents and Irish dancers can entertain people after the parade.

Parts of Raleigh's entertainment district were closed last year at various points to allow more restaurants to set up tables outside to accommodate more customers as fewer people were willing to dine indoors.

This year it's just for the festivities.

"It's already cranking," said Alexander. "I think everybody is ready to get out of the house. It's a good thing."

The sense of optimism carries over to Chapel Hill too, especially after the mob of UNC fans rushed Franklin Street after the Tar Heels upset Duke on Coach Mike Krzyzewski's final game at Cameron Indoor Stadium.

"I can't tell you what Saturday night was like--it was unbelievable," said Kristian Bawcom, owner of Four Corners. "The optimism is up. It has been a rollercoaster ride, but I think we're gearing up to have the fun that comes with it."

The same goes for fellow Franklin Street business owner Robert Poitras. He said his lunch crowd has come back and people have asked for catering and to book large parties again too.

"The mood is great," Poitras said. "Business has been really good here in town especially in the last couple of months. It's coming back with a vengeance. We think it's going to be a great summer for businesses."

Doctors say it's important to be vigilant and have respect about people's decisions about whether to mask or whether they're comfortable going back into crowded spaces again.