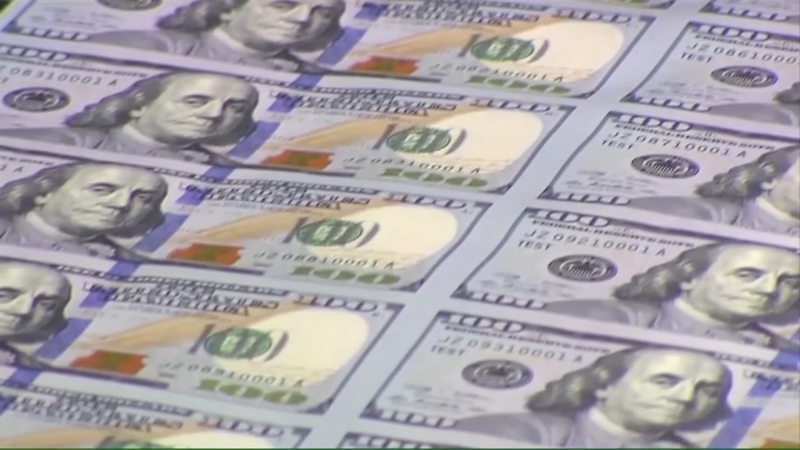 The $1.1 billion proposal seeks to spend more than $900 million in funding left over from the $4 billion sent by Congress as part of the CARES Act.

"This is a historic day of promises kept for North Carolinians, the culmination of a decade of state government reform by this Republican General Assembly that allows us to continue investing in recovery for all our citizens today," House Speaker Tim Moore said Thursday.

Cooper's office issued the following statement in response:
"The Governor is pleased that legislators followed his recommendations to maintain funding for school enrollment and invested in important areas like broadband, but they could have done much more to help North Carolinians in need. Most important, the bill should have expanded Medicaid to give 600,000 working people health care and done more for struggling small businesses and unemployed people as the Governor's budget recommended. Legislators are leaving funds on the table and people in the lurch in a time of great crisis. The Governor will continue to review the bill."

Republicans in the legislature said they hoped to help parents struggling during the pandemic.

"Parents are facing an unexpected financial burden from school closures. Expenses like child care, supplemental learning materials, lost wages, and more are adding up," Sen. Joyce Krawiec, R-Forsyth, said, "The Republican-controlled legislature voted to provide those parents with some relief."

Moore was pleased that the general assembly was able to quickly pass the measure.

"We left a lot of money on the table because we knew there will be things that come up between now and some point later that we're going to have to fill in," Moore said at a Wednesday afternoon news conference.

The later, thus, is now, and HB1105 includes $440 million to send every North Carolina household with at least one child a one-time check of $335.

"I know $335 isn't going to pay off a mortgage, but it will put a dent in the cost of electronic devices or help pay for a tutor if a child can't seem to tackle a new concept," Senate leader Phil Berger, R-Rockingham County, added. "Or maybe it will pay for a sitter and a dinner out. I'm really not worried about how parents spend that $335. All I know is they need it. They deserve it."

The remaining cash checks off a laundry list of bipartisan priorities, including boosts in funds to COVID19 vaccine research, personal protective equipment, testing supplies, broadband internet access in rural areas, plus an extra $50 a week to those receiving unemployment aid.

"This bill is about equipping the State of North Carolina with tools to help weather the storm of school closures and economic loss," Berger said.

Still, the proposal could meet opposition from Democrats and Gov. Roy Cooper over a clause that would expand access Opportunity Scholarships and private school vouchers to a greater percentage of lower-income families.

Republicans said the measure is critical to providing choice to parents who want to send their children to a school that currently provides in-person learning.

"I think about that single mother," Berger explained. "Maybe she can see her child slipping. Not grasping concepts. Maybe she knows her child needs to be in a classroom. Why shouldn't she have the opportunity to send a child to a school that's open?"

Public school teachers, however, and their Democratic supporters, worry the vouchers could negatively affect public schools, which provide education, meals and resources to poor and minority students.

"We know there are many competing uses for dwindling COVID relief funding," Tamika Kelly, a music teacher and president of the North Carolina Association of Educators, asserted. "But it's hard to imagine a more important place to spend it than on public education."

Berger had pointed words about the school-choice issue.

"How can it be that in a society so focused on equality, it's OK for a major political party to say making decisions about your child's education is reserved only for the wealthy elite?" he said. "School choice should not be a privilege available only to those who can afford it. Parental school choice is a right, and we will fund it."
Report a correction or typo
Related topics:
politicsraleighncrepublicanslegislationcoronavirusdisaster reliefgeneral assemblystate politicsroy coopercovid 19
Copyright © 2022 WTVD-TV. All Rights Reserved.
TOP STORIES
Clayton police searching for man involved in shooting injuring 1
Event for Ukraine raises money for paramedics on frontlines
Zibanejad leads Rangers to 3-1 win over Hurricanes in Game 3
1 person in hospital after a pedestrian was hit crossing I-95
78,000 pounds of infant formula arrives in US
Barber attempts to cut concerns about violence in Durham
12-year-old girl escapes burning Cary home
Show More
Texas woman sought in fatal shooting of pro cyclist: US Marshals
Snorkeler finds $2,000 dentures in Gulf - reunites with owner
'Absolutely terrified' teen boy dies hours after 'sextortion' scam
AAPI heritage celebration highlights cultures and traditions
Barbershop Buzz helps concerned men share fatherhood advice and tips
More TOP STORIES News